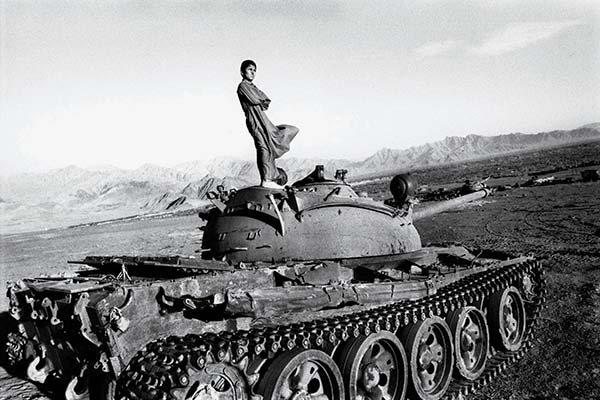 The story of how the Afghans defeated the British.

[dropcap]N[/dropcap]ations, like people, seldom learn from their own experience, still less from the experience of others. It is a huge tribute to the tact of British historian William Dalrymple that it is not until page 435 of his dramatic, richly peopled, and spellbinding history of Shah Shuja and the first British battle for Afghanistan, Return of a King: The Battle for Afghanistan, when he at last draws the inevitable parallel between the British attempt to subdue and control Afghanistan in the mid 19th century and America’s own disastrous war there over the past decade. The American effort is due to come to an inglorious and unlamented end next year, when the plan is to leave the Afghans once again to their own devices, having failed to produce in them any desire to achieve Jeffersonian democracy or accept modern social causes, any more than they were about to accept the British imposition of a king in the 1800s. In both cases the British and Americans, though their experiences are separated by 170 years, wielded fearsome destruction on the people, cities, and landscape of a proud and fiercely independent country, and got nothing back in return.

Perhaps the most famous military painting in the history of British art is Lady Elizabeth Butler’s The Last Remnant, an immense Victorian tearjerker of a picture that depicts the approach of the alleged last survivor of the British forces sent to Kabul, Dr. Brydon, to the gates of Jalalabad, slumped on an exhausted pony and bearing the news of the British Army’s total destruction (nearly 20,000 killed). In a nation that has often sought pride as much in heroic defeats as in victories, the haunting scene of the Last Stand of the 44th Foot at Gandamak—the soldiers forming a square and defending themselves with their bayonets until every one of them was slaughtered by howling, ferocious Afghans—remains as well remembered in Britain as Custer’s Last Stand is in the U.S.

One might have hoped that the virtual annihilation of a whole British army in 1842, as Britain’s imperial power waxed, would have discouraged the United States from trying to impose its will on Afghanistan, or at least persuaded its government and military establishment to study the past before committing itself to the longest military adventure in American history, but no such luck. Just like the British (and the Russians), America has constantly underestimated the political sophistication, the taste for duplicity and treachery disguised by perfect manners and subtle charm, the stubbornness, and the sheer love of fighting that have characterized the long history of Afghanistan. Here are a people that for a time successfully resisted Alexander the Great! Afghanistan is not a “primitive” country, after all, it is the crossroads of commerce between Asia and Europe, a place of enormous complexity and an ancient and deeply rich culture, in which, like in most societies, acquiring power has always been a lethal game, where maintaining the delicate balance between competing tribes and ethnic groups requires a combination of Tammany Hall politics and brute force, and in which the only thing that unites the country’s mutually hostile groups is ferocious resistance to the presence of foreigners.

The last time the Afghans rose against British influence was in 1928, when the tribes fought against King Amanullah, who had tried to introduce schools for girls, abolish the burqa, and whose wife and her friends were seen playing tennis in unsuitable Western garments in the palace gardens, showing that divisive social issues have not changed much in 85 years. The former Lawrence of Arabia, then serving in the Royal Air Force as Airman Shaw and stationed across the border in India, was blamed for the uprising and accused by the British press of leading or possibly fighting the tribes, dressed in flowing robes like Greenmantle in John Buchan’s novel. He was hurriedly sent home to the United Kingdom, to his indignation, since he had been at the time lying on his bunk peacefully translating The Odyssey into English. That episode perfectly epitomizes how Afghanistan can provoke normally sane politicians into foolish action, and the general fog of legend and myth that obscure the realities of Afghan life to foreigners.

The place of the British in Afghan life was taken for a time by the Russians, with disastrous results that contributed to the downfall of the Soviet Union (and led the U.S. to support and finance the mujahideen through Pakistan, a policy that turned out to backfire stupendously). And now it has been the turn of the Americans, who are still struggling with familiar questions like education for women, the burqa, and the suave, subtle duplicity of the Afghan president, Hamid Karzai, in place of the Afghan kings.

Dalrymple, though the reverse of a cynic, ends his book with a comment from an Afghan that the next contenders for control of Afghanistan will be the Chinese, who are already making great (and profitable) inroads in the eastern part in a mineral rush for the country’s vast untapped resources. One day it seems that the Americans might recede into the past on the lengthy list of those who have tried and failed to reshape Afghanistan.

The fog of legend and myth obscures the realities of Afghan life to foreigners.

It is impossible to summarize the huge slice of history Dalrymple has carved out in such loving detail and with such a gift for narrative. He reminds me of Barbara Tuchman: nothing daunts him, nothing resists his patient research, he is terrific at recreating characters, and never manages to let detail slow down his story. He does not stand upon a soapbox, but in his quiet way he demonstrates how dangerous it is, even for a great and powerful empire, to meddle with a society it doesn’t understand and whose values and traditions it doesn’t share.

But this book is not just valuable for the lessons it teaches (or rather, infers); it never shortchanges the reader. Very usefully, it begins with a list of the major characters on both sides, British and Afghan, each of whom comes to life in the book, starting with the central figure, Shah Shuja, whose whole life was spent in the bloody melodrama of Afghan politics and tribal warfare, and who after being defeated by his half brother fled to India, carrying with him the famous Koh-i-Noor diamond. Shuja then staged three unsuccessful attempts to regain his throne, and was finally put back on it by the British—a mistake that the British compounded by trying to turn him into a puppet king. Even more fascinating is Shuja’s formidable rival, the ruthless and brilliant Dost Mohammad Khan.

Those who find Karzai’s behavior toward the country that has placed him in power baffling, would do well to study these two fascinating personalities and their relationship to the British—and perhaps to recall the famous remark of the Austro-Hungarian foreign minister when asked how Austria would ever repay Russia for her help in suppressing the 1848 Hungarian revolution: “Austria will astonish the world by the depth of her ingratitude.” Much the same attitude prevailed in Kabul toward the British, and seems to be present today toward the U.S. As for the British characters in Dalrymple’s book, they are eccentric, fascinating, and some of them are daring predecessors of later adventurers like T. E. Lawrence. Particular highlights include Maj. Gen. William Elphinstone, the commander in Kabul, who had fought at Waterloo; the ambitious and energetic proconsul Sir Alexander Barnes, whose behavior in Kabul led to his own “gruesome” death; and the formidable Lady Sale, worthy of her own book detailing her escape from Kabul, a testament to the sheer toughness and (unlike some of their husbands) common sense of Victorian women on the outskirts of the Empire.

The fact that the British, after they were driven out, returned and destroyed most of Kabul in revenge, should also warn us of the futility of using power against people who wish only to be left alone—when the British returned to fight once again in Afghanistan, in 1878, their experiences inspired Rudyard Kipling to write these famous lines: “When you’re wounded and left on Afghanistan’s plains, And the women come out to cut up what remains, Jest roll to your rifle and blow out your brains, An’ go to your Gawd like a soldier.”

All told, there were three Anglo-Afghan wars, all equally futile, but in Dalrymple’s expert hands the first takes on special importance for setting the pace for the others with its mix of British ignorance of local custom, overconfidence and greed, and the endless misery for the Afghans and humiliation for the British. It is a masterful work of history on what can only be described as “a war begun for no wise purpose.” Anyone who still has illusions about the value of fighting in Afghanistan will read this book with rapidly mounting unease. Everything that is being done now has been done before—and failed.

Korda is the author of Hero: The Life and Legend of Lawrence of Arabia. From our April 26, 2013, issue; The Last Remnant.