The Loneliness of Ishratul Ebad 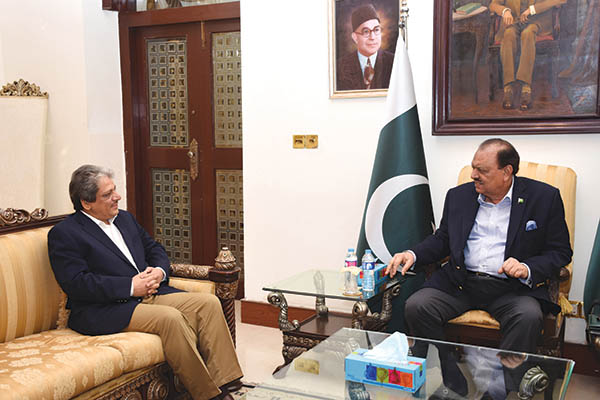 The former Sindh governor had no choice but to flee Karachi.

Dr. Ishratul Ebad Khan escaped to Dubai after being superseded by former Supreme Court chief justice Saeed-uz-Zaman Siddiqui as governor of Sindh province. His hurried departure at five in the morning without waiting for the swearing-in of the new governor was noted with snide remarks in the media. But what looked like an escape to save his life must compel us to ponder the plight of the individual in Karachi, the most violent city in Pakistan.

Sad to say, Ebad’s flight was predicted by someone who knows how people are killed through long-distance plotting. That individual was Mustafa Kamal, the leader of the MQM-breakaway Pak Sarzameen Party. Kamal had castigated Ebad for having intrigued against his party in favor of his archrival MQM (Pakistan), led by Dr. Farooq Sattar. In an earlier interview Kamal had also alleged that London-based MQM “founder” Altaf Hussain could get anyone killed through his local gunmen, who he said were outside the control of the Pakistan-based MQM.

Why should Ebad be declared persona non grata with practically everyone in Pakistan, especially after being favored for 12 years as governor of Sindh by all the parties seen as responsible for Karachi’s plight? The answer is he tried to remain neutral in a dog-eat-dog city to be able to act as a “facilitator.” He played this role with the MQM after Altaf Hussain was swept off the power radar; with the PPP as it fought a turf-war with MQM; and with the local Corps Commander as the Rangers moved in against terrorism. It stands to reason that by maintain this neutrality he found himself “non-aligned” in an ambiance where safety lies in being aligned. The sudden loneliness of the long-distance-running governor is therefore understandable.