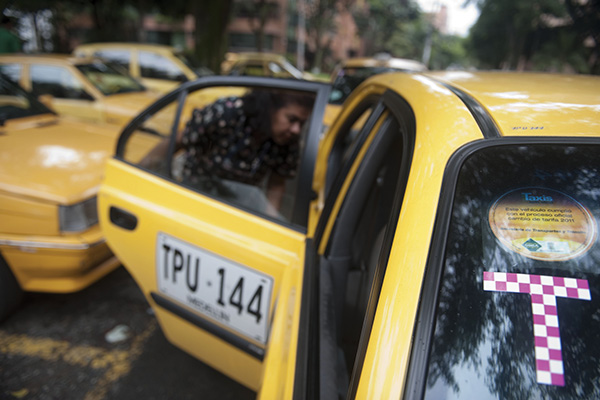 The dangers of hailing a cab in Colombia’s capital.

Special agent James “Terry” Watson was working in Bogotá to take down the Colombian cocaine industry. But in the end, Watson wasn’t felled by a drug dealer’s bullets.

Rather, the 13-year veteran of the U.S. Drug Enforcement Agency was killed during a “millionaire ride,” which is local parlance for hailing the wrong kind of taxi: sometimes the driver pulls over to let in his accomplices; sometimes the attacker hides in the trunk of the car, emerging through an opening in the back seat to put a gun or knife to the passenger’s throat. In most cases, the victim is beat into submission, forced to hand over any valuables and then driven to a number of ATMs to take out as much cash as can be had. Typically, victims are dumped on the outskirts of the city afterward, beaten up, penniless, and reliant on the kindness of strangers to find a way home.

Watson, though, wasn’t that lucky. After watching basketball finals in a restaurant in an upscale neighborhood on June 20, the American caught a taxi on the street, according to U.S. Ambassador P. Michael McKinley. A few blocks later, though, the taxi came to a stop. Two men who had been following in a second car got into Watson’s taxi, and a struggle ensued. Watson was able to flee his attackers, but having been stabbed multiple times, he later died. (On June 25 authorities announced they had captured three suspects in the agent’s death.)

“Millionaire rides” are one of the city’s scourges, and residents always impress on visitors that they shouldn’t hail cabs off the street. Unfortunately the Colombian capital (which is home to 8 million people) has no subways or other functioning public-transportation system, and so even legitimate drivers sometimes behave like bandits.

Passengers complain of spurious tariffs or convenient lack of change on the part of the driver. On rainy days—which are frequent here—taxis often demand double the normal rate. Drivers also hack the meters, allowing the miles to rack up.

Passengers also know that to argue with the driver can bring a world of pain as I, too, realized some years ago when, late one night, a friend and I got into an argument with a cabbie over the equivalent of 50 cents. It was an insignificant amount for everyone involved, but you can only be cheated so long before you push back. As we exited the cab, having handed over the amount indicated by the meter, the driver grabbed his radio, screaming: “Emergency! Emergency!” In less than a minute, five other taxis arrived, surrounding us and blocking the street in both directions. Only after convincing these other drivers that we had been overcharged were we allowed to leave.

In response to the miserable situation, someone has set up a Twitter account, inviting Colombians to report their taxi stories. So far, @denuncietaxista has attracted 40,000 followers, with tweets mocking what little is done about the problem: “When the police recommend that you shouldn’t leave yourself vulnerable to robbery, what they really mean is ‘stay at home!’ ”

And should you find yourself with no other options, do like the Bogotans: get in, tell the driver where you’re going, and then start to pray.