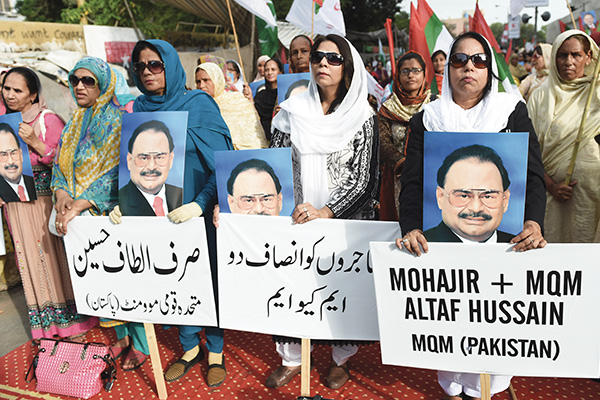 Gen. Raheel Sharif, the Army chief, is the most popular man in Pakistan. This popularity owes in part to Altaf Hussain, the self-exiled chief of the MQM. Army operations in Karachi have dried up the political party’s coffers, withered its muscle, and leeched its political vitality. The strain on Hussain shows from his increasingly outré speeches against Sharif and the Army. Addressing a small crowd in Dallas via phone on Aug. 1, Hussain basically urged India, the U.S., and NATO to attack Pakistan. Outraged, Pakistanis began rallying around Sharif and the Army, with politicians jostling to outdo each other in expressing umbrage on behalf of the Armed Forces. The MQM has a long history of serving the Army’s interests. It is continuing to do just that, without even knowing it.

Who are the culprits of looting the rights of common man of Pakistan Altaf Hussain or the Corrupt and Rotten Fuedel System, Corrupt Judiciary and manipulatory Beurocracy ????