The Mystery of Flight MH370 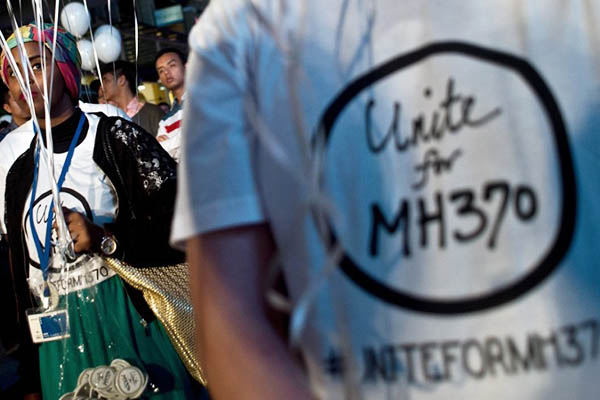 The ice-cold trail for missing Malaysia Airlines flight 370 has spawned an expanding array of theories—from the sensible to the outlandish—as a fascinated public attempts to fill the information vacuum.

Did distressed pilots veer toward a nearby airstrip? Was the plane hidden under another jet’s radar “shadow”? Did it fly on for hours past the remote Maldives?

Some of the hypotheses would strain the creativity of a Hollywood screenwriter, but in the absence of firm facts in one of aviation’s greatest mysteries, few can be completely ruled out.

One new theory exploding across social media is that a cockpit fire or other emergency disabled MH370’s communications and forced the pilots into a heroic attempt to land in a nearby Malaysian airfield. Former airline pilots say this could explain why the plane was diverted—“deliberately,” according to Malaysian authorities—westward toward the Indian Ocean and off its Kuala Lumpur-Beijing path with 239 people aboard early on March 8.

“It is very possible that they were working their asses off, doing the very best they could to combat a very difficult problem and became overcome by perhaps a fire, perhaps smoke,” Barry Schiff, a TWA pilot for 34 years, said on CNN.

Suspicions have mounted that the cockpit crew or hijackers disabled the plane’s communications systems to mask its location. A motive for that remains unknown, but everyone from media mogul Rupert Murdoch to alternative rocker Courtney Love and millions of social-media users worldwide have pushed their ideas.

Murdoch piled on to wild early speculation that the plane might have been commandeered by unknown persons to Africa, Pakistan or even North Korea. “World seems transfixed by 777 disappearance. Maybe no crash but stolen, effectively hidden, perhaps in Northern Pakistan, like Bin Laden,” he said on his Twitter feed. Such theories are widely debunked due to the unlikelihood that a jumbo jet could have crossed numerous international boundaries and radar spaces undetected.

The exponents of another theory, which evokes a Hollywood thriller, suggest that whoever diverted the jet closely followed a Singapore Airlines plane flying north past Malaysia in an attempt to hide under its radar “shadow.”

Meanwhile, social media in China—two thirds of the plane’s passengers were Chinese—have hypothesized that the plane was struck and vaporized by a meteorite.

Courtney Love, the flamboyant lead singer for alternative rock group Hole, weighed in on Monday, posting a photo of the sea’s surface with arrows she added and the word “Plane?”

Malaysian authorities have declined to comment on much of the speculation, and experts are reluctant to rule out all but the most outlandish notions, leaving much on the table and adding to the sense of a global response grasping at straws. “There are all these polarizing theories with so little definitive information that is verified,” said Paul Yap, an aviation lecturer at Temasek Polytechnic in Singapore. “Everything that is not denied so far is being considered to be true, making a lot of theories quite plausible and that makes it even more difficult.”

Police in the tiny island republic of the Maldives in the Indian Ocean said Tuesday they are probing reports that residents saw a “low-flying jumbo jet” with markings similar to Malaysia Airlines on the morning the plane vanished. “I could even make out the doors on the plane clearly,” one unnamed eyewitness was quoted saying.

But the Maldives is far from the vast arc along which Malaysian authorities, based on satellite data, say the plane may have traveled. An earlier proliferation of reports of a jet in flames off eastern Malaysia proved false.

The apparent expert handling of the plane’s course change has trained a harsh light on Capt. Zaharie Ahmad Shah and co-pilot Fariq Abdul Hamid. Zaharie was a supporter of Malaysia’s political opposition and Malaysian media have reported he is distantly related to the daughter-in-law of opposition leader Anwar Ibrahim.

This sparked speculation over whether Zaharie was planning to use the plane in a bizarre act of revenge over Anwar’s conviction for sodomy in a politically charged case—a court ruling that came just hours before MH370 took off. But nothing has emerged on either pilot to suggest extreme views.

Until the plane is found, conspiracy theories, speculation and mystery will reign, said David Kaminski-Morrow, air transport editor for industry magazine Flight International. “There is nothing conclusive … it is all very hazy so anything that is unexplored is still a possibility,” he said.