Home Lightbox The Next Kingmaker 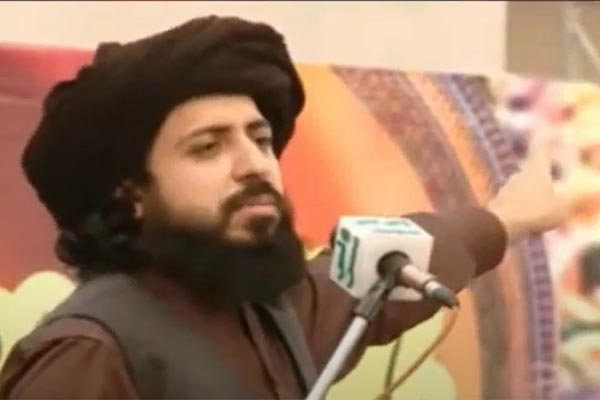 In exclusive interview, TLP chief says party is ready to work with all political opponents and invites women to join its ranks

Predicting a massive boost to its vote bank in both Punjab and Sindh provinces, Tehreek-e-Labaik Pakistan (TLP) chief Saad Hussain Rivi says he is confident that his party will emerge as a “kingmaker” after the next general elections if they are held in a “free and fair” manner.

“No opposition will be able to function and no party will be able to make government without the support of the TLP,” he vowed during an exclusive interview with Newsweek Pakistan, claiming that the party had experienced a major boost to its voter bank in both Punjab and Sindh provinces since the 2018 general elections. “The TLP enjoys good support in both provinces and its vote bank has increased manifold compared to last elections,” he asserted.

He credits this popularity to the state’s harassment of TLP leaders and their refusal to back down from their goals. “Our houses were raided, we were harassed and my father, Khadam Hussain Rizvi, and other leaders were put in jails but nothing could deter us from pursuing our path and people came out on the streets to support us,” he said.

Founded in 2015 by the late Khadim Hussain Rizvi, who also served as its first ameer (chief), the TLP secured over 2.2 million votes in the 2018 general elections. While it couldn’t secure many seats in Parliament—the TLP currently has just 3 members in the Sindh Assembly—the number of votes cast for it propelled it above the Pakistan Peoples Party in Punjab, where it emerged as the third-most popular party.

Rizvi passed away in November 2020, with his 27-year-old son Saad assuming the TLP’s leadership and vowing to continue his father’s mission for a “just Islamic system” in Pakistan. He was placed under arrest in April after he urged supporters to take to the streets and demand the government fulfill an earlier deal to sever all ties with France through legislation. The government, at the time, “banned” the party for “challenging the writ of the state” and claimed it would ask the Election Commission of Pakistan (ECP) to delist it. On Nov. 7, the government lifted this ban and ended its status as a proscribed party.

After seven months in detention, Saad was released from detention on Nov. 18 and his name removed from the Fourth Schedule as part of a “secret” deal inked between the government and the TLP to end a long march on Islamabad. He clarified to Newsweek that the government had desired to keep the terms of the agreement confidential. However, he added, one of “the main points of the deal was a demand for it [government] to honor its previous deal with the TLP.”

Referring to a statement issued by Mufti Muneebur Rehman, who had sought to dispel the impression that the TLP desired the expulsion of the French ambassador and the closure of its embassy over the 2020 publication and defense of blasphemous caricatures, Saad maintained that it was a “main demand” of the party.

Emphasizing that both he and his party believed that Tahaffuze-e-Namoos-e-Risalat (Protection of the Honor of Islam’s Prophet) was not just a religious matter, Saad said it was a political issue and the government should have tabled a resolution in Parliament to clarify to the public its stance on it.

“We are bound to adhere to the deal with the government so long as it honors its words,” he told Newsweek. “The day the government retracts [from deal], we are back on the streets,” he added.

Of the unrest that engulfed Punjab province during the TLP’s October protests—at least eight policemen were killed in violent confrontations between security forces and protesters—Saad blamed the government for failing to resolve the situation amicably. “The administration proved itself to be totally inept and the government cannot escape responsibility for its extremely blundering handling of the situation,” he said.

“There would have been no bloodbath on the streets if the government had decided not to treat the party as a militant outfit,” he said. “All TLP workers and policemen who lost their lives are martyrs. The policemen laid their lives in the line of duty and TLP workers died in self-defense,” he said. “What would you do if law enforcement agencies opened fire on you, used water cannons and resorted to shelling?” he asked and accused the media of portraying a one-sided picture of the protests to help the government depict the TLP as an extremist party.

He regretted that the “hurt and outrage” felt by Muslims at the publication of blasphemous caricatures in France had been pushed into the background by the destruction caused by the government’s poor handling of “legal and peaceful” protests. The TLP, he added, would legally challenge the recent conviction by an Anti-Terrorism Court in Gujranwala of 19 activists who were sentenced to 16 years’ imprisonment under sections 302, 324, 148, 109 of the Pakistan Penal Code and sections 6/7 of the Anti-Terrorism Act for attacking police during riots in Hafizabad.

Since its founding, the TLP has made the protection and stringent application of Pakistan’s blasphemy laws a central plank of its policies. Speaking with Newsweek, Saad reiterated his father’s hailing of Mumtaz Qadri as a “hero,” maintaining that he had laid his life down in the name of Namoos-e-Risalat.

Qadri, a commando of Elite Police, had opened fire on, and killed, then-Punjab governor Salmaan Taseer on Jan. 4, 2011 over his opposition to the blasphemy laws, particularly in the case of Christian laborer Aasia Bibi, who was acquitted of all charges in October 2018. Widely regarded a hero by the country’s far-right religious groups, who campaigned for his release, Qadri was executed on Feb. 29, 2016.

Despite this, Saad maintains that his party is “religious” and not “extremist.” He told Newsweek: “We are not liberals, but a religious party and believe in a just Islamic system.” He claimed the government and the media had portrayed a “negative” image of the party. “There is no political party in Pakistan that doesn’t believe in Namoos-e-Risalat, but we were portrayed as an aggressive and extremist party to stop our increasing popularity among the masses,” he alleged.

To a question, Saad distanced the TLP from last week’s mob lynching of Sri Lankan national Priyantha Kumara in Sialkot over allegations of blasphemy. He claimed that such incidents were linked to the TLP by the media to harm it. “I request the media to get free from shackles and play a neutral role before it loses its own identity,” he said.

Addressing reports of several major political parties reaching out to him after his release and the possibility of an electoral alliance, Saad said the TLP’s doors were open to all parties. However, he stressed, a final decision on the issue would only come after considering ground realities ahead of elections. “We will cross the bridge when we reach it,” he said.

In its 3rd Strategic Plan (2019-2023), the ECP said that it planned to “obligate political parties to field women candidates from at least five percent of general seats in Parliament and provincial legislatures.” The TLP has often been criticized of not having any women representatives, virtually sidelining half the country’s population. Saad rebutted the critics, claiming the TLP was even ready to grant 50% representation to women. “We will not only encourage women to join the party on reserved seats, we plan to bring them on general seats as well,” he told Newsweek and urged women from all spheres of life to come forward and join the party.

MashaAllah Saad Hussain Rizvi you are only the hope of Pakistani naion, our vote and support only for Tlp.