The Obligatory, Unscientific Predictions for Elections 2013 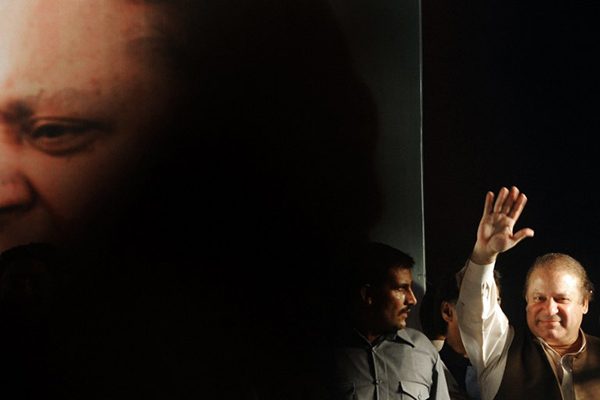 We spoke with future-gazers Sadia Arshad, Moazzam Khan, Abdul Shaukat, and Tariq Malik about Pakistan’s political horizon. Here’s what they had to say:

Which party will win the elections?

Sadia Arshad: Nawaz Sharif’s Pakistan Muslim League (Nawaz) will bag the most number of seats. Sharif’s zodiac sign is Capricorn and its lord is Saturn, the combination is on the ascendant. But most people may not like what I am about to say next: the Pakistan Peoples Party and PMLN will form the next government together. Will people accept this coalition? That’s the biting question.

Moazzam Khan: In the next few months, Pakistan Tehreek-e-Insaf and PPP will be seen playing a very positive role for the future course of Pakistan. They may even form a coalition government. But there is no way of telling which party will win the most number of seats.

Abdul Shaukat: No one party will have a clear-cut majority. A hung Parliament will emerge, provided elections are held on time. There is a good possibility they will be pushed to July.

And the next prime minister is?

Arshad: Sharif. But will he be able to retain the position? The way I see it whoever forms the next government will not remain in power for too long. There will be fresh elections. In fact, one party leader has some tough times ahead of him. The judiciary will take him to task.

Khan: No, definitely not Sharif. Imran Khan is destined for a great future in politics. This does not mean he will become the next prime minister. You see, his star is Sagittarius and Jupiter is in his 6th House. That means he is geared to play a very active role. He can even do that in the opposition.

Shaukat: If the elections are held in July, there is a good possibility Khan will be Pakistan’s next prime minister. As for Sharif, my calculations tell me his stars are in trouble.

Who do you see coming to power in the provinces?

Shaukat: In the Punjab, you will have a coalition government. Sindh belongs to the PPP. As for Khyber-Pakhtunkhwa and Balochistan, I just don’t see elections happening.

Khan: Punjab is largely PTI’s; it is a very strong party. This is their first [real] election and PTI is poised to take 30 to 40 [National Assembly] seats. That is a great victory for any party. PPP is forming the government in Sindh.

Where do you see the current president in the future?

Khan: There are chances he may get reelected for a second term.

Arshad: Asif Ali Zardari will remain in his current position. No change there.

Chief Justice Iftikhar Chaudhry is set to retire this year. Will he?

Arshad: He is going to be forgotten very soon. Once he retires he will be out of the picture.

Shaukat: The next three months will be ruled by the judiciary. The chief justice will take some very critical decisions. He could even send the new government packing.

Khan: This is a year of changes in Pakistan. The old guard is going to be replaced by newer faces. Until he retires, the chief justice will play an important role in saving the country.

Where does the Army chief figure in all this?

Arshad: He has the same future as that of the chief justice. Both of them can forget about power beyond this year.

Khan: I don’t see an extension for him either.

Shaukat: [Gen. Ashfaq] Kayani also has a lot of work to do. He will be needed until June. The elections will not go down smoothly and it will be up to him to put things right.

How do you see the political future of Maryam Nawaz Sharif?

Arshad: She is definitely coming into politics, maybe in the next elections. The elections after 2013 will be quite different. All these parties will be spearheaded by a new generation of leaders.

Khan: To be honest, I don’t see a future for PMLN.

Arshad: He has no immediate political future. The young Zardari is a Virgo. His star is going through a turbulent period. Why else would he be sitting in Dubai right now and not in Pakistan? Aseefa Bhutto Zardari, on the other hand, has a much stronger career in politics.

Shaukat: I don’t have the exact calculations for Bilawal. Of the little that I have, his fate seems similar to that of Maryam. He’ll have a limited, background role.

Khan: His planetary positions are not very extraordinary. However, if Benazir’s eldest daughter takes charge the party can have a new beginning. Benazir Bhutto propelled the party to great heights. What her stars predict is that her eldest daughter, not son, should take the reins of PPP.

How does Pakistan look after the elections?

Khan: 2013 will be a new year for Pakistan, a great year, the year of a new mindset. Foreign investment and trade will begin trickling in. Now, if you ask me about the bombings, they are not going anywhere until September.

Arshad: The results of the elections will not be accepted. There will be great instability and uncertainty until August. After August, things will start to look up. By November, the situation of the country will stabilize. By July 2014, Pakistan’s situation seems a lot better.  Foreign investment will start pouring in. But right now, at least in the next two months, the picture is quite bleak.

Malik: Until now, Saturn, which is the political star, had been moving backward. It is now finally inching forward toward Libra. This is a good sign. After May 25, all bombings and terrorists attacks in the country will stop. Why? I can’t say. And around September, Pakistan will have begun to move toward prosperity.

Mr. Shaukat: I don’t know about Baluchistan but KPK people are very active in politics, even in small villages. Change always first come in KPK. This time PIT will win over there for sure.

Most stupid predictions i ever read ….
Hardly any of prediction comes true…the so-called lime light personality Imran khan emerge as most disgusted and childish politicians in Pakistan. KPK is the biggest example of his stupidity where he totally failed and did not succeeded to launch even single mega project. Life in KPK is bitter then hell. He is most bais personality injected young blood with hatered vaccine……
He remain in politics not because of any political activities but of his sex scandals. Soon he will be in trouble because of 20 years old lady.