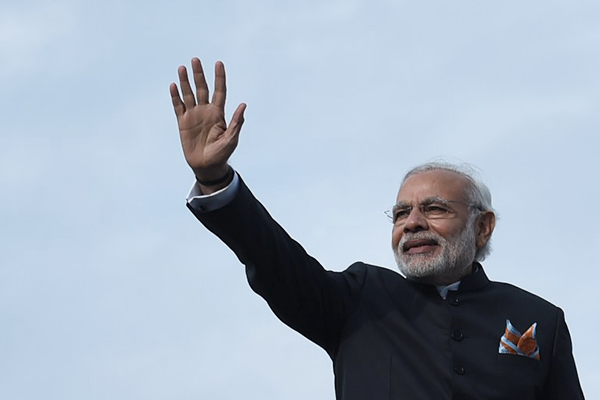 Narendra Modi’s Lahore visit is unlikely to resolve anything.

It began with a tweet by India’s prime minister, Narendra Modi, the most dramatic 140 characters of Dec. 25 last year: “Looking forward to meeting PM Nawaz Sharif in Lahore today afternoon, where I will drop by on my way back to Delhi.”

And ‘drop by’ he did, sending the media on both sides into a tizzy. Reporters, trying to get a sense of things, were merely reacting. Analysts were trying to figure out if Modi’s stop was a last-minute impulsive decision, and what exactly it entailed if it wasn’t.

Let’s first get that cleared up. Modi pulled a surprise but the decision was not impulsive. It was the official crossing over from one policy to another. Let’s consider the salient features of Modi, Phase 1.

Two features of India’s Pakistan policy were made plain: it’s not business as usual and India will only talk terrorism (read: “Pakistan-sponsored terrorism”). The idea was to plug the Indian narrative on terrorism into the international narrative and isolate Pakistan further. A sub-item in this agenda was the assertion that the Composite Dialogue Framework has run its course and must be changed. This was conveyed both at the Track I and II levels and meetings.

Prime Minister Nawaz Sharif, for his part, continued to reach out, quite often against the better judgment and advice of his diplomats and advisers. Sharif’s assertion that Pakistan needs to normalize with India, in principle, is the right course. But as he went about it, initially effusively, he ended up playing bad hands. The Ufa Joint Statement and what transpired in its wake made Sharif realize that conceding to India’s preconditions is not going to cut it.

That’s when Pakistan dug in, officially. Islamabad is ready to talk but talks have to be on all outstanding issues and disputes without any preconditions. Period.

Result: stalemate, while the world grapples with Syria, Iraq, the Islamic State and, to a lesser extent but no less importantly, with Afghanistan. Isolating Pakistan, after all, wasn’t as easy as Modi thought it would be. Also, how does this virtual disengagement with Pakistan within the region square with India’s desire to play a bigger role in the region and beyond?

Disengagement works if you can raise the costs for the adversary. A stalemate doesn’t work, especially if it begins to hurt. It simply means your policy has run into a cul de sac. In the world of practical realpolitik, states don’t really disengage. Even when front-channel negotiations (FCNs) can’t work, back-channel talks, away from public glare, must continue. They can be used as pre-negotiations, as a means to sort out differences while FCNs are carrying on or, in worse cases, as a substitute for FCNs.

In this case, the Sharif-Modi meetings facilitated by Indian industrialist Sajjan Jindal seem to have begun as pre-negotiations where, because of Sharif’s initial desire to fast-track the talks, Pakistan ended up playing it poorly. At some point it became obvious to Sharif that back-channel concessions to India could not be front-channeled. That’s when the hue of the game changed.

There were other factors, of course. Modi was under pressure to start talking. The U.S. needs Pakistan to streamline Afghanistan, which is already going bad. A messy Middle East threatens to become messier. Increased confrontation between India and Pakistan means the latter will be less interested in operationalizing any changed policies in the west. There’s just too much at stake. New Delhi was also watching Sharif’s visit to the White House and then, again, General Raheel Sharif’s visit to Washington D.C. It did not seem like the stalemate was hurting Pakistan. Islamabad didn’t seem isolated.

Collating the available nuts-and-bolts information, it appears that that is when the back-channel moved from India’s preconditions to a more comprehensive framework for resumption of talks. That’s the moment of the Paris handshake, followed by Bangkok and then the visit of India’s External Affairs Minister Sushma Swaraj to Islamabad for the Heart of Asia-Istanbul process ministerial.

The resumption was announced. The nomenclature was changed from Composite Dialogue to Comprehensive Bilateral Dialogue. The baskets are now called pillars. We shall come to that in a minute.

That also paved the way for Modi’s stop in Lahore, signaling, officially, the beginning of Modi Phase-2.

The moment was dramatic, some might even say somewhat poetic. But beyond this point, it’s going to be hard-nosed prose. As famous American journalist and intellectual, H.L. Mencken, once wrote: “Poetry has done enough when it charms. But prose must also convince.”

So it is from this point onward.

One obvious question in this relates to where will the two begin. From 2004 until the arrival on the scene of Modi, the Sherpas on both sides did a lot of heavy lifting beyond the basecamp on every issue/dispute. Will the two sides resume from where they paused, or will they get down to basics again? A lot will depend on the answer to this question.

Modi seems to believe that he has lifted the pressure off his shoulders by coming to Lahore and the ball is now in Sharif’s court. In some ways he is right. But if he is serious, the two sides could take up Sir Creek on which there have been separate and joint surveys by the Indian and Pakistani Navies. How would he tackle that given what he wrote as Chief Minister of Gujarat state to then-Indian prime minister Dr. Manmohan Singh, warning him against giving away Sir Creek to Pakistan? [NB: for details, see my piece Modi, Up Sir Creek!]

Then there’s Siachen, scuttled by the Indian Army time and again. India’s last position on the dispute was to ask Pakistan to agree to drawing a line from NJ9842 to Indira Kol, which essentially means freezing the deployment positions, in effect the Actual Ground Position Line.

And these, until some years ago, were described by most analysts on both sides as low-hanging fruit. The reality is far from it.

My sense is that none of this will get resolved. There will be more of the same. In which case, the question is, what have the two sides achieved?

This is where we need some new thinking. Realism is about relative power as the most important determinant of interstate behavior. If, as Dr. Moeed Yusuf once posited, India is the hub and the states on all sides are the spokes, then India will not only want to retain its primacy but also seek to project power. Pakistan is the only state that has the capacity, though dwindling, to check that power projection. In other words, even if the issues and disputes were to evaporate today, the dictates of Realism will stay.

Let me explain it through a thought experiment. Let’s assume that India says that it is prepared to seriously move on Kashmir and does, asking for a quid pro quo—i.e., that Pakistan support its candidacy for a permanent seat on the U.N. Security Council. What should Pakistan’s position be? Remember that our narrative has been about Kashmir as the core dispute between Pakistan and India. Yet, ask any student of International Relations and they will tell you that Pakistan simply cannot accept such a quid pro quo.

To recap, the issue is not just about the disputes. It is about relative power.

What does this mean? It means that Pakistan has to strengthen itself. Paradoxically, and not least, ironically, Pakistan needs India to do that and India needs Pakistan’s cooperation to reach out to West and Central Asia. This is where, more than butting our heads into the Indian wall to get disputes resolved, we need to go around that wall. That means focusing on positives rather than negatives. It means the much-needed movement from geopolitics to the exclusion of geoeconomics to geopolitics being reconfigured through geoeconomics. It means trade and investment, creating lobbies within India whose interests are tied up with Pakistan.

In theory this also means enhancing our security on the western border by reducing India’s incentive to play the spoiler. That security, as anyone with any understanding of how the China-Pakistan Economic Corridor must play out knows, is vital to that project.

There are many other areas that can be listed. But the essential point is what any instructor of hand-to-hand combat will tell his students: never act along the strong axis of the opponent. If he has held your arm tightly, don’t fight for that arm because that is where he is strong.

Pakistan’s India policy—and by extension its Afghanistan, U.S., Russia, China policies—must now become innovative. It must appreciate the paradox: Pakistan-India relations are about relative power, not just disputes. That dimension will never go away. But in trying to check India’s power projection, Pakistan will need India. That requires using brains.

Pakistan has become a conundrum of sorts. The political leadership is the docile and ineffective front face of this nations that has to eat a humble pie every time it tries to do some good to the people. On the other hand, the army is the military madrasa for the terrorists on whom the political leadership has no knowledge or control. The ISI is the devil or the brain behind all the terror attacks that keeps the top bras of the army aware of its machinations and planning only to aid them during infiltration. The so called top bras of the army neither interact nor keep the political leadership aware of anything. The people, on the other hand are neither aware of the ISI’s covert plans, nor of the army’s operations. Pakistan has a form of government that can be called demoncracy that is neither of the people nor by the people and definely not for the people.Pakistan is therefore, become a nation of deceit, dissesion and intrigue. The Indian government is holding a hot potato in hand that it neither can throw nor crush.