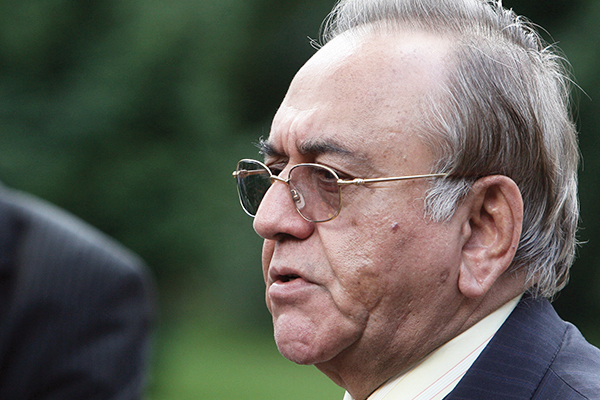 A book worth the long read.

Khurshid Mahmud Kasuri’s book, Neither a Hawk nor a Dove: An Insider’s Account of Pakistan’s Foreign Relations Including Details of the Kashmir Framework, is as long as its title suggests. It took him nearly four years to complete and in its 829 pages, Pakistan’s former foreign minister serves up a rich feast that is part memoir and part political tract leavened with anecdotal gloss and a focus on Pakistan-India relations.

Big books tend to be cloying. This one isn’t. Kasuri wears his middle-of-the-road approach to politics on his sleeve. He doesn’t care if he gets ostracized by hawks on the right and doves on the left. Kasuri says he probably took this approach from his father, who was supposed to be a Marxist while sincerely practicing Islam. Kasuri calls this eclecticism; others may, uncharitably, call it indecisiveness. Kasuri can be called Aristotelian in a social matrix where textbooks are black-and-white injections into the national psyche. Most Pakistani diplomats honed on unilateral truths that live only in files would call him wishy-washy, as they flit over hard solutions that never come.

Clarity of the kind most Pakistanis and Indians want is more absolutist than Kasuri’s relativist thinking. Both sides prefer deadlocks as backdrops in front of which they can dance to their separate audiences for approval. In a region looking for victory, Kasuri offers the nonvictory of reconciliation and mutually supported prosperity. Once we finally come out of our zero-sum trance, we will find that Kasuri’s is the only way to go.

So it’s no surprise that Kasuri takes time with his decisions, plunging in but only after agonizing over the nuances—as he did when he quit the Pakistan Muslim League (Nawaz) after it tabled the 15th Amendment in Parliament. In his book, Kasuri also recounts the villainies of former chief justice Iftikhar Chaudhry in some detail. He knows the lawyers’ movement that brought President Pervez Musharraf down was intellectually ill-equipped to ponder the judicial despotism that went on for over a decade. In Islam, adl (justice) means the Aristotelian “middle” where Kasuri may find himself isolated. As senior adviser on political and international affairs to Imran Khan’s Pakistan Tehreek-e-Insaf, his rare appearances at the PTI’s long, antigovernment sit-in in Islamabad last year with downcast eyes points to his incapacity for heroic absolutes.

Kashmir is the kernel of the book. In 1999, Prime Minister Nawaz Sharif was lucky to have as his Indian counterpart Atal Bihari Vajpayee, who was statesmanlike enough to go out of the box on Kashmir. But when Vajpayee came to Lahore that year, “spontaneous” mobs were brought out on the roads of Lahore to stop the Indian leader from going to Minar-e-Pakistan to undermine the Pakistani textbook myth that India had never accepted Pakistan.

Then the mindless misadventure of Kargil happened, losing Pakistan whatever global support it had on Kashmir. GHQ later said Kargil had been approved by Sharif, but Sharif furiously denies this. Kasuri prefers to keep undecided on the matter unless you credit the story told to him by Saeed Mehdi, one of Sharif’s top bureaucrats, saying that Sharif really had no clue about the operation that harmed Pakistan by indirectly raising further the profile of Hafiz Saeed and his Lashkar-e-Taiba as an adjunct that the Army allegedly could not do without.

In 2002, Kasuri was eased into the Musharraf establishment with his “median” views intact as Sharif cooled his heels in exile. In the 1990s, the Kashmir pantomime between Pakistan and India had thrown up ideas that appealed to some in Pakistan but were never put to parliaments. One was the Chenab Formula, conceived by the Indians in a series of meetings with Pakistan’s late foreign secretary Niaz A. Naik in March 1999. The formulation was that the mostly Muslim area west of the River Chenab would go to Pakistan and the area east of it to India. Naik worked on this while checked in under an assumed name at a hotel in New Delhi, with the Pakistani High Commission being out of the loop. But word got out. In Pakistan, the motley Jihad Council took to the streets—fired up by editorials in the Urdu daily Nawa-i-Waqt.

The author doubts, realistically, that the Chenab Formula would have passed muster in the Indian Parliament. He then makes a good case for his own formula, which many on both sides of the border thought could have been implemented but which also ran aground as explained in his chapter “Interrupted Symphony.” Needless to say, it was an out-of-the-box solution in the midst of people boxed in by unbending notions of taking on India.

Kasuri had found in 2003 while presiding over a U.N. Security Council session that Pakistani diplomats advising him simply couldn’t budge beyond confrontation and the only feather he could stick in his cap was preventing the deletion of the Kashmir dispute from the U.N. roster. But luckily that year his backchannel diplomacy produced the formula: withdraw troops and make both parts of Kashmir autonomous under an agreed Pakistan-India joint mechanism. That also did not work.

Kasuri is not a hawk when it comes to trade routes through Pakistan with Indian goods moving on them; he wants the Iran-Pakistan gas pipeline to end up supplying India as well. He is also not a hawk when it comes to regarding the China-Pakistan Economic Corridor as a trade artery which would serve the entire region—an idea China, if not Pakistan, would appreciate. He is not a dove when it comes to India’s military action in Kashmir and the growth of a narrow-minded Hindu religiosity which he saw rising in India during his tenure. His own exit from government after the 15th Amendment tells us what he thinks of religiosity in Pakistan. Compared to what Pakistan has managed to concoct on this score, the Bharatiya Janata Party are a bunch of bumpkins.

For a man of Kasuri’s way of thinking, one would imagine the Pakistan Army would be a major obstacle to him. His big chapter on “The Pakistan Army and India” mercifully doesn’t bring up what the officers write in the Blue Book and various other “defense journals,” but he has a realization that Pakistani nationalism is revisionist and warlike with the sanction of jihad-making a furtive reference to the ascendancy of the Army.

Yet his survey is nuanced, appreciative of the generals’ competence and openness to new ideas—although he can’t figure out why the intellectually gifted former general turned foreign minister Sahibzada Yaqub Khan thought it fit to go to New Delhi and threaten his Indian counterpart, I. K. Gujral, even if egged on by the somewhat lesser-rated Gen. Aslam Beg, the-then Army chief. “General Pervez Musharraf and General Ashfaq Kayani … were thorough professionals, although I did find General Aslam Beg to be emotional at times,” he writes. One has to take note of just one other general who doesn’t get kudos in the book: ISI chief Javed Nasir “during whose tenure [a] strange nonmilitary atmosphere prevailed at the ISI.” Got the hint?

Kasuri is not dovish on the 1965 Pakistan-India war, but nuanced enough for us to realize that he doesn’t give Gen. Ayub Khan an easy pass, saving himself from the charge of putting it entirely at the door of India by mentioning Operation Gibraltar as a blunder comparable only to its repetition in the shape of Kargil. He realizes how his kind of peace-making will make him a sitting duck to predatory politicians when he considers what Zulfikar Ali Bhutto did to the Tashkent peace declaration with India. Bhutto was rewarded with the throne of Islamabad after the fall of Dhaka; by that time, he had scuttled peace twice. Yet Kasuri was the man beloved by many thinking people in India while being the favorite of the All Parties Hurriyat Conference leaders of India-administered Kashmir.

In the same chapter, Kasuri recalls how, after the Mumbai attacks in 2008, he was made to endure what he calls the McCain Episode. At the time, Kasuri was no longer foreign minister; in fact, his successor Shah Mahmood Qureshi was in India when the carnage was carried out by a group of Pakistanis. Sen. John McCain met Kasuri at a U.S. Consulate dinner in Lahore and asked him how Pakistan would react if India bombed Hafiz Saeed’s headquarters in Muridke, built just outside Lahore by an Arab on the intercession of Al Qaeda. Obama adviser Richard Holbrooke was there too but kept quiet. The upshot: Lashkar-e-Taiba, having morphed into Jamat-ud-Dawah, was moved to a new location on Lake Road inside Lahore. McCain surely didn’t expect this development after his message.

Kasuri’s famous soft touch surges back in this bromide too: “In an Army, as large as the Pakistan Army, it would be surprising not to find some senior officers who had a more hardline attitude towards India than others. It also depends on a particular period of time that influences and determines attitudes. For example, after and during the Afghan ‘Jihad,’ Gen. Zia-ul-Haq did promote officers with a certain bent of mind. After 9/11, Pakistan was compelled to realign its policies in consonance with those of the international community. This led to the promotion of a different type of officers to higher ranks, during the period when President Pervez Musharraf was in charge in his capacity as COAS.”

The truth is that Musharraf’s Kargilianism didn’t die in all his companion officers. His then-chief of the ISI didn’t like the post-9/11 volte face one bit, and there were others who had to be kicked out after Musharraf was nearly killed because the military under him hadn’t immediately adjusted to policy change. How can we know that Kasuri would have survived with his soft India policy when, later, Shuja Pasha in the ISI reportedly unleashed the Defense of Pakistan Council warriors on President Asif Ali Zardari, who was seeking peace with India.

Even today, in the days of Operation Zarb-e-Azb, which has made the Army the only really popular institution in Pakistan, Kasuri would have had to keep his fire under the bushel amid ministerial “come-on” challenges to India pledging nuclear escalation. Kasuri has done a big thing landing his “peace” book in the middle of all this.

Pakistan is an exporter of terrorism. It does not matter how much flowery language the author uses and how much sugar coating he wishes to add. the facts speak for itself.