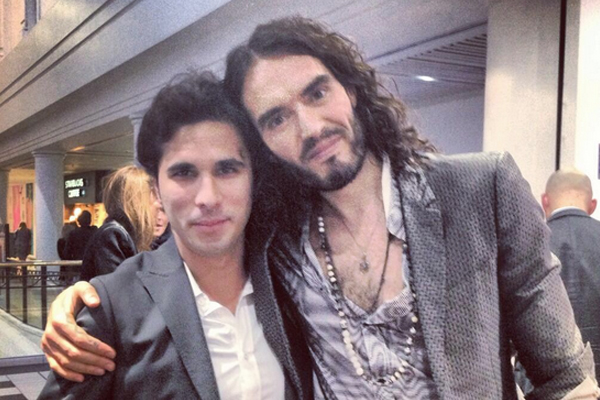 Hypocrisy and crippling prejudices run in Imran Khan’s family. Last month, the PTI chief’s nephew Hassan Niazi, who is studying international human rights law at City University London, hurled homophobic hate at Bilawal Bhutto Zardari, the urbane 25-year-old patron-in-chief of the Pakistan Peoples Party. Niazi, tweeting a shot at Zardari’s Sindh Festival, called him “worse than a faggot.” He also posted: “I think faggot he won’t mind so it’s fine.” The posts cost him the student union election, and got him the attention of The Guardian this month. Niazi told the paper “faggot” had been taken out of context and apologized “if my tweet offended anyone.” Crying conspiracy, he complained: “During the [student] election campaign I was victimized, initially by being labeled as anti-Semitic, then homophobic and also as a racist.” Niazi, who is also a founding member of the PTI’s Insaf Student Federation, said he lost the election unfairly—by “two votes”—and vowed to “respond to injustice.” Uncle couldn’t be prouder.

*clears throat*
Are you serious Newsweek? Do you really deem this news worthy of your agency and your website?
Hassan Niazi posts a ridiculous post about Bilawal Zardari, oh I’m sorry, “tweets” something ridiculous… the humor, if any, of which is lost on everyone else but him. But to suggest the idea of PTI apologizing for this, or the idea that this is a reflection on the PTI chief, is simply a moronic suggestion to give.
And the picture with Russel Brand; is that supposed to have an effect on your audience?

“Hypocrisy and crippling prejudices run in Imran Khan’s family.” Is Newsweek saying this???? Is it an editorial judgement? Sensible , Reliable and Authoritative … You people are crap and a stain on journalism I am not a PTI troll but this substandard treatment of news is unbearable ..

Not a PTI supporter but this is not a piece of news Newsweek! This is a character assasination piece. How are the actions of hassan niazi supposed to be related to that of Imran Khan? just because he is a family member of Imran Khan doesn’t mean prove anything. i would hope thaqt newsweek rises above this low level of pathetic journalism if it wishes to be taken seriously

Is this really Newsweek?? How immature and unworthy :/

Sensible, reliable, authoritative <—– what a sick joke!
This is news? Seriously?
I cannot believe that an average reader is having to tell you that your job and authenticity becomes completely questionable when you pass judgement like a scorned ex-spouse, as opposed to sticking to presenting facts and letting the readers make up their own minds thankyou very much!!!!

Interesting, why is nephew hanging on to ex-Chachi’s new boyfriend in picture???…

what is newsweek trying to prove here? Absolute rubbish & immature! Its actually Newsweek who needs to apologize to PTI, Imran Khan & his family for writing this crap. Whatever Hassan said, he also clarified it. intact he has also clearly apologized.Seems like someone in Newsweek is trying get in the good books of a pseudo leader Bilawal Bhutto!
This is not called journalism! this is character assassination!

This is epitome of shallow journalism. The article shows journalistic immaturity and prejudice. Defaming someones family for someones misinterpreted tweet shows the credibility of newsweek.

looks like the editors have lost their mind.
C’mon u guys know how politics are played in Pakistan.. You want an apology for something in Uk and wait… who the hell are you Zulfiqar Bhutto, Bilawal Bhutto?? or maybe you got paid like every third-class newspaper. Stick to issues like thar where #babychicken knows to spend on mujras and rapping but not food and shelter.. and don’t head to city university London cos u aren’t a bloody international Newspaper – NewsweekPakistan.
I also find it stupid that the article forgets to mention that Uncle gets proud whe he realises that Hassan is doing a Masters in Law in Human Rights and for anyone to invest so much of their money and time in pursuing this degree would be racist in anyway.
It just proves to be another way that words can be twisted to fit this newspaper’s bias. Maybe the editor is loaded with bribe…
#Justice4Hassan #DisgustingJournalism #MediaForSale #MediaTerrorism

What a bullshit you newsweek has to say, just u call him a homophobic and hypocrisy? How much guys are paid by PPP to post this shit and talk about him cuz he belong IK Family? We dont care what you barks in this shit…better u maintain your own repute and stop saying unauthentic news regarding anyones…

Just felt the days of Goebble’s journalism are back
Is it called Yellow journalism ????

This girl Cate who has written this stuff about Hassan Niazi. She has been giving these ugly remarks from day 1. This is absolutely SHOCKING. Is she into Journalism LOL.

But I think they are going to believe anything
Must say Newsweek Pakistan is a disgrace to Pakistan’s name!

wow. this was the last time i ever clicked on a newsweek link. Highly insulting,rude,biased and unprofessional article. This is ridiculous

No wonder why Newsweek has the repute of being the most ridiculous news agency. Shallow journalism, shallow editors.
#getalife #MediaForSale

Looks more like a piece of the urdu newspaper, “jung….. So Imran khan should be held responsible for every little thing his family members post on social media??? Over sendstionalised and lacking any rational argument whatsoever….seems like the editor was offended by the term, faggot…. Never reading this biased newspaper again

I just read something. i think it was trying to be journalism. more like some teenage troll who wants a career in tabloid journalism.

Newsweek Pakistan, i hope one of the editors reads this and sorts it out. criticism is fine but this doesn’t even have paragraphs or a point to make.

Shame on your cheap journalism. This is simply direct character assassination. You should apologize to Mr. Khan’s Family. And take off this stupid piece of lie.

Looks like Newsweek couldn’t write anything better to get viewership than this piece. Funny how the connection is made between the actions of Niazi with PTI and Imran Khan. Whether Niazi was right or wrong with his “tweet” could be debatable. But Newsweek trying to connect this with PTI – pathetic. Oh, and btw, I am not a PTI fan just so that it does not look like I am cheering for PTI with a blind eye. Saying this because I would expect Newsweek to have better ethics and codes of journalism.

Newsweek should apologize for this pathatic journalism..

safe to say newsweek has become a mouthpiece of bilawal’s pithoos.

Newsweek is definitely going down the drains if this is its level of journalism now.

How pathetic is this?!
So unprofessional
What does Imran Khan has to do anything with his nephews private life as a student .there is something called a humor which was visible in Niazis tweet.
Newsweek should be ashamed after this.and this picture with Russel has nothing whatsoever to do with his elections .the caption under the pic describes the pathetic mentality of the writer of this news
Shame on u
You should leave journalism!

I don’t understand the point of the picture, and the shallow piece of writing that it comes with. A journalism student myself, finishing my last semester, it is just sad that I have to read such pathetic reports by local magazines.
My suggestion would be to hire better writers, and maybe a new editor who would know how to filter out such nuisance pieces.
This, in no way is NEWSWORTHY first of all. And since when are tweets made to Bilawal Bhutto so goddamn important? Political parties hate on each other on a semi daily basis. Co relating what a nephew of Imran Khan says, or does, to what the PTI stands for is narrow minded and shallow. No wonder the media in this country is failing the people.
Seriously newsweek, find better stories. There’s still a lot to tell. Don’t lose your readers to crap.

I expect higher standards of journalism. It is pure propoganda with little facts. And how does PTI relate to it any ways..? “Hypocrisy running in blood” is such an opinionated biased statement that wouldnt even come out of bilawal’s version.. shame.

how much did you get paid to write this piece of bs?
this is so sad, even if Niazi said all the things you say he did, what does it have to do with PTI and Imran Khan? Aren’t you guys aware of the malpractices your prestigious Journalists carry out on a daily basis? seriously very disappointing.

This isn’t news this is petty gossip … I can’t believe I wasted my time reading this.

I must be reading Gossip Girl.
Not a supporter of PTI but the biases are just obvious here, especially by the introduction given to Imran Khan’s family compared to the one given to Bilawal.
Still can’t believe this was published.More like an immature Facebook status.

Haha..they knew no one reads newsweek anyway; so the best way to get most readers (atleast online visits) was by ashing using foul language against Imran Khan. The only leader with majority literate and young people. We’ve seen “a leading Pakistani newspaper do this” and now Newsweek; makes me laugh in the face of Journalism!

i have a question, what? seriously what??

“the urbane 25-year-old patron-in-chief of the Pakistan Peoples Party”
The guy who hurls non-stop abuse at his political opponents, a feudal brat with no connection with the masses of this country is called “Urbane”, how ironic? This is simply low level plain bullshit.

What did I just read?

This newspaper clearly employes the lowest of the low whose only qualification is how to turn character assasination into some kind of news. How do you even suggest a link between what this person did and Imran Khan’s character? Many prophets had children who in no way represented the principles of their fathers so should we now question their character too? Utter waste of space!!!

they only thing i gotta say here is…truth hurts….billawal is a faggot….a faggot who feeds on OUR tax money….n as for hassan…he’s lookin real good in this pic…like his handsome uncle we all love 🙂

This is the most ridiculous piece i have ever read!

Wow, simply ridiculous. This is the last time I read Newsweek Pakistan, adieu.