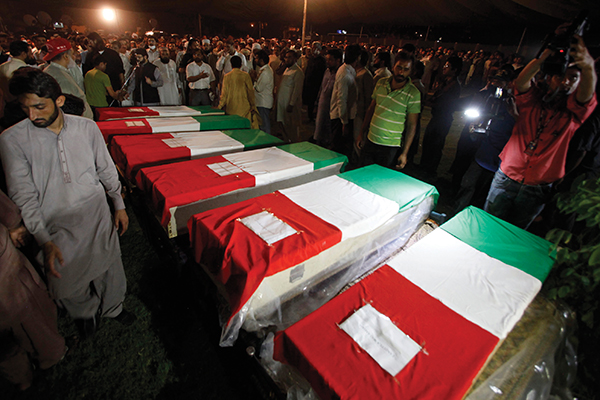 The utterly avoidable tragedy in Lahore’s Model Town Extension on June 17 was different from other horrors pinned, rightly or wrongly, on Punjab’s tireless chief minister, Shahbaz Sharif. The hours-long deadly police assault on Canada-based, anti-Taliban cleric Dr. Tahir-ul-Qadri’s Pakistan Awami Tehreek secretariat was broadcast live. The operation—meant to tear down court-sanctioned security cordons at the scene, in an apparent bid to rattle the opposition cleric—started after midnight. By midday, police, backed by at least one bulldozer and an armored personnel carrier, had killed eight of Qadri’s followers, wounded at least 80, and arrested dozens. Five died later at hospital, and Qadri claims several others are still missing. The highhanded brutality horrified the nation and united the opposition. Sharif has sacked a clutch of officials, including his top aide and the law minister. His rivals say this isn’t enough. Qadri returns to Pakistan, as planned, on June 23 to march on Lahore. The fate of Sharif’s government may turn on how that goes.