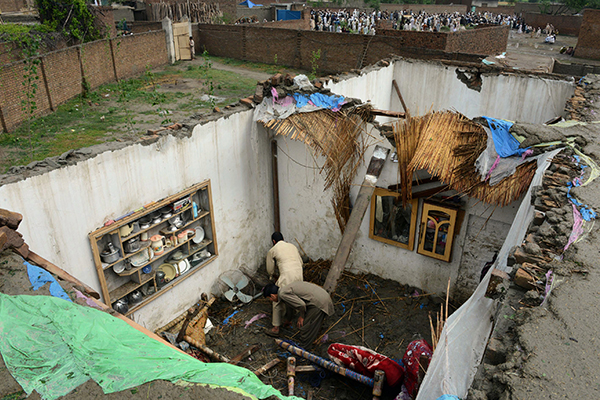 The “mini-cyclone” hit Khyber-Pakhtunkhwa on April 26. Two days of torrential rains and strong winds left a trail of devastation and misery in their wake, with at least 45 fatalities and 200 others being injured. The scale of the sudden storm prompted the Army to step in for rescue and recovery efforts. Characteristically, the PTI-led provincial government responded by passing the buck. Information Minister Mushtaq Ghani accused the Pakistan Meteorological Department for failing to issue a timely advisory. What Ghani failed to admit was that such storms have been routine since at least 2010. While floods cannot be accurately predicted, they are largely cyclical and their effects can be countered with proper flood-management measures. Unfortunately, such mundane matters of governance remain low on the priority list of a political party that continues to threaten Pakistan with an electoral tsunami.