Home Lightbox The Rebirth of Kalam

The Rebirth of Kalam 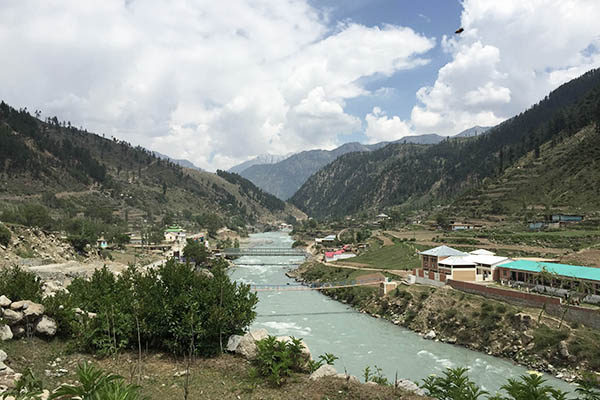 Between 2007 and 2009, the Taliban overran the Swat Valley, driving out tourists who supported local businesses with much-needed cash infusions every summer. Eight years—and a military operation to oust the extremists—later, the seasonal visitors, and their money, are back.

“This is such a peaceful valley,” says Azaz, a businessman from Karachi who is currently vacationing in Swat’s Kalam Valley. “There have been no security concerns during my stay and I’m planning on returning next year with family and friends,” he added, noting that while the rest of the country was experiencing a heat wave, Kalam offered pleasant weather and peace of mind. Azaz’s son, 16-year-old Huzaifa, also praised the local scenery. “The people are welcoming, the food is tasty and the scenery is stunning,” he said, adding he would urge his friends to visit the region so they could appreciate its beauty in person.

In 2009, the provincial government of Khyer-Pakhtunkhwa signed a truce with the Taliban that gave them virtual control over the Swat Valley. The extremists imposed their harsh interpretation of shariah law in the region, publicly executing so-called criminals, and barring women from attending schools or going out in public without a male relative, among other atrocities. After a Pakistan military operation liberated the region, it was devastated anew in 2010 when floods that swept through Pakistan destroyed much of the local infrastructure.

Before the militant threat, peak tourist season in Swat would span the entire summer and this year is no exception. Zeeshan, an official with the Khyber-Pakhtunkhwa Tourism Department, said a large number of tourists had visited the region in 2014, and they expected even more to show up this year. “Peace has been restored. Tourists, especially families in considerable numbers, are visiting the region,” he said. Over 10,000 tourists visit Kalam Valley every week, he added.

The tourism growth is also helping locals recoup their losses and show a positive outlook for the struggling economy. “Once again my business is profitable, thanks to the influx of tourists,” said 55-year-old Zamin Khan, who has managed a small grocery shop for the past 30 years. He said he no longer had any security issues—a persistent threat during Taliban rule—and was free to hawk wares such as ladies’ underwear, which were deemed ‘sinful’ under the Taliban.

Munawar Khan, a 35-year-old hotel manager, echoes Zamin’s optimism, noting the restoration of law and order was the biggest factor in driving tourism back to Kalam. “Despite several bad years [of Taliban rule and flooding], business has returned to our valley,” he said, referring to the nearly 200 big and small hotels that dot the landscape in and around Kalam. “A consistent supply of electricity has also helped us attract visitors from across Pakistan,” he added. 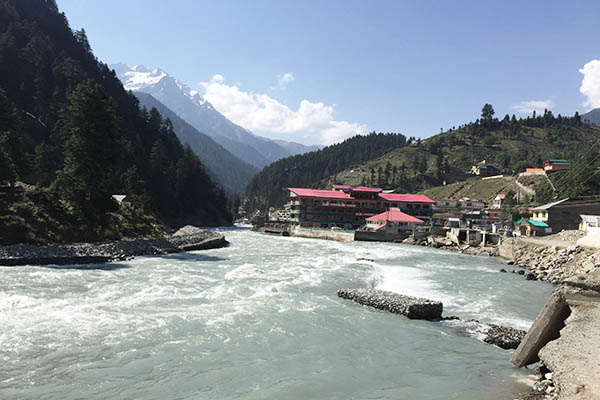 The floods destroyed power transmission lines in Kalam and there has been no Water and Power Development Authority [Pakistan’s public utility] connection to the region since 2010. The Sarhad Rural Support Program—with support from the European Union—launched the Kalam Micro-Hydro Project, to produce 400KW of electricity for the local community and overcome this problem. The power project is providing cheap and consistent energy and has allowed many local hotels to lower their tariffs. “Before the Hydro project was established, we had to use generators that cost us Rs. 150,000 every month for fuel alone. Now, our electricity costs are down to Rs. 30,000 per month,” said Al-Khalik Al-Kalam Hotel manager Muhammad Rom.

“The power project has played a vital role in renewing tourist interest in Kalam,” said Kalam Power House resident engineer Jamil Ahmed. “People used to hesitate to visit us due to the lack of electricity but that has all changed,” he said, adding that the project was currently powering 680 domestic and 42 commercial consumers.

But while there have been many strides in the past five years, locals say problems remain. Roads leading to Kalam are in disrepair and a distance of 35km can take up to three hours to traverse due to the failing infrastructure. “If the government would build more roads, we could attract more visitors,” said Humayun Khan, a local businessman. Noumana Kokab, a tourist from Lahore, agrees.

“If the government would show some initiative and develop this region, it could become a global attraction,” she said. “We have to credit the resilience of this community for overcoming years of hardship, but its time for the authorities concerned to step up.”

I just returned from Swat, we wanted to go to Kalam valley but could only go up til Bahrain. The road after Bahrain is practically non-existence and essentially jeeps can go there only. The irony is that scenic beauty only starts after you pass Mingora, it’s necessary that Kalam gets it’s road, floods were in 2010 and this is 2015.

There are no security related issues, with presence of Army, it’s actually more peaceful than any other place of Pakistan. The bazaars of Mingora are full with the hustle and bustle of locals and tourists.

It’s been many years after the flood in Kalam. It’s high time to have a road with good condition; since this area is filled with stunning beauty that can attract alot of foreign tourists as well.