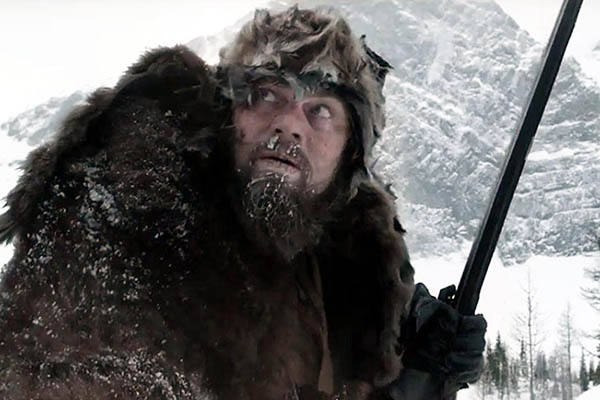 Despite loss of business due to blizzard, Leonardo DiCaprio starring movie took first place in its fifth week.

The Revenant surged to the top of the box office in North America on a weekend when Leonardo DiCaprio’s antics on treacherous snow-covered mountains may have rung a little too true for some, industry data showed Monday.

New York, Washington and the rest of the eastern United States were blasted from Friday into Sunday with a blizzard that left millions hunkered down at home and saw shops—and movie theaters—forced to close. But that did not stop The Revenant, boosted by 12 Oscar nominations and feted at the Golden Globes, taking box office top spot from Friday to Sunday, according to box office tracker Exhibitor Relations.

The Revenant, a dark tale of survival and revenge, took in $16 million to reach the box office summit for the first time in its fifth week in cinemas. That was down a massive 50 percent on last weekend—a casualty of the mammoth blizzard. All the movies in the box office standings suffered similar plunges.

Second was Star Wars: The Force Awakens, which was narrowly edged out with $14 million, for a total of a whopping $879.1 million since release and extending its all-time record at the North American box office. The worldwide total for the latest installment in the blockbuster space saga stood at $1.94 billion—third place overall behind Avatar and Titanic.

In third place in North America was the comedy Ride Along 2, which fell from top spot last week, raking in $12.5 million over the three days. In fourth spot was a new entry, the R-rated comedy Dirty Grandpa starring Zac Efron and Robert De Niro, with $11.1 million. Fifth, with $10.8 million, was thriller-horror The Boy, about an American nanny who finds that her English family’s boy is actually… a life-sized doll.