Home Lightbox The Rise and Fall of Uzair Baloch

The Rise and Fall of Uzair Baloch 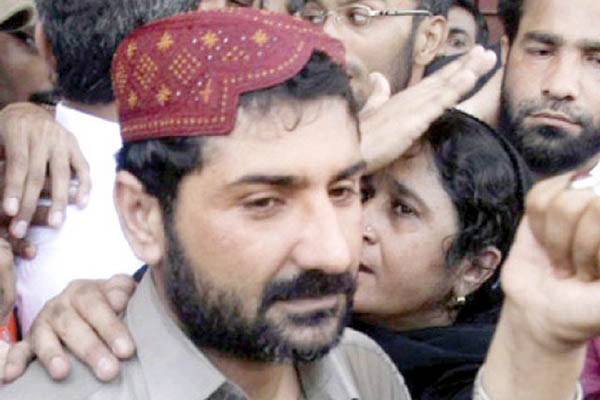 Uzair Jan Baloch, the notorious dacoit of Karachi’s Lyari, will face a military court for “espionage activities, providing secret information regarding Army installations and officials to foreign agents (Iranian intelligence officers) which is a violation of the Official Secret Act 1923.” He was arrested in January 2016 in Pakistan after a period of hiding outside the country.

A symbol of the criminalization of Karachi politics, Baloch belongs to the family of Rehman Dakait, the underworld boss of Karachi who was politically embedded in the Muhajir-Sindhi conflict that played out between the Mutahidda Qaumi Movement (MQM) and Pakistan Peoples Party (PPP). Since the Sindhi elite of the PPP is ethnically Baloch, the Baloch-dominated Lyari became the island where MQM’s dominion didn’t extend. The only inroad was Lyari’s Pappu Gang, which took orders from MQM but was opposed by PPP’s “peace committee” and local drug-lords. Uzair arose to leadership of his gang after he killed the leader of the Pappu Gang in revenge for the murder of his uncle Rehman Dakait.

Uzair has confessed to an Iranian “connection” in the Baloch nationalist movement in restive Balochistan; hence implying an Indian “connection” as well. Lest one forgets, Iran has accused Pakistan of aiding Iranian Baloch who often target Tehran’s soldiers. Abdolmalik Rigi, who was hanged in an Iranian jail in 2010, was educated on the sly in Saudi-funded Madrassa Banuria in Karachi before he joined the killer Jundallah with Al Qaeda in Pakistan and began attacking inside Iran.

The “Indian connection” finally reduced MQM to a shell of its former glory in Karachi. The PPP too has been weakened by the ongoing military operation in the metropolis against its extortionists. Pakistan sees an “Indian hand” in the uprising in its Balochistan province. It is hoped that it reaches mutual understanding with Iran on the two Baloch minorities and doesn’t allow Uzair Baloch to embitter a bilateral equation already challenged by Pakistan’s perceived support to the 39-nation military alliance created by Saudi Arabia, which Iran sees as directed against it.

Iran neither was nor is well wisher of pakistan….