Home Culture The Robots are Coming

The Robots are Coming 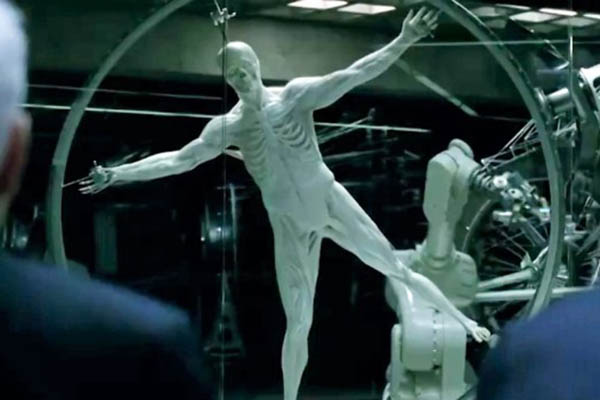 Specialists believe sex with realistic robots might be possible within months.

Sex with robots is “just around the corner,” an expert told a global conference in London this week featuring interactive sex toys and discussions on the ethics of relationships with humanoids.

“Sexbots” are a staple of science fiction—the idea of robots as sex partners is explored, for instance, in recent films and television series like Ex Machina and Westworld. But some specialists believe the first animated lovers made of metal, rubber and plastic, programmed to provide sexual bliss, will take a step into reality just months from now.

“Sex with robots is just around the corner, with the first sexbots coming… some time next year,” artificial intelligence expert David Levy told the International Congress on Love and Sex with Robots at Goldsmiths, University of London.

U.S. California-based company Abyss Creations next year will start marketing sex robots that are billed as life-like, with the ability to talk and move like humans. Ultimately, Levy said, people should entertain the thought of marriage with robots as early as 2050.

The conference in London showcased some of the latest developments in robotic sex toys, such as gadgets that allow couples to kiss, no matter how far apart they are. The “Kissenger,” which attaches to your mobile phone, contains sensors to detect the pressure of a kiss and transmit it to your partner’s device in real time. It has been under development for several years.

Now students at Tokyo’s Keio University are developing the “Teletongue,” aimed at providing “remote oral interaction” and designed to be “kinky,” according to co-creator Dolhathai Kaewsermwong. It allows couples to send licking sounds and sensations through cyberspace using a “lollipop,” creating an “immersive experience,” she explained.

Lynne Hall, of the University of Sunderland’s school of computer science, in northeast England, said that robots could create “a fantastic sexual experience.”

“There are lots of benefits to sex with robots… it’s safe, you never catch any disease, you can control it,” she told the conference. She rejected the idea that robots would replace or threaten sex with humans, however.

Levy, the author of Love and Sex with Robots, from which the annual conference takes its title, said marriage to robots would be the next logical step. “As sex with robots becomes more and more commonplace… we shall come face to face with the very real possibility of marriage to robots,” the former international chess master said.

And why not? Robots of the future will be “patient, kind, protective, loving,” never “jealous, boastful, arrogant, rude,” Levy said—“unless of course you want them to be.”

“All of the following qualities and many more are likely to be achievable in software within a few decades,” he added.

Levy is convinced that rapid changes in attitudes to sex and marriage in recent years point to a world where “more and more people come to accept sex and love with robots.” In his vision, robot parents could become a social norm, with laws to acknowledge “robot personhood” and make marriage and parenting by humanoids more than just a fantasy.

“The time is fast approaching when the theoretical debate must evolve into laws, and the consequences of those laws will be staggering,” he said.

For now, however, sexual relations with humanoids are a step too far for many. Emma Yann Zhang, a Ph.D. student at London’s City University who worked on the Kissenger prototype, believes there is still a long way to go before people will accept the idea.

In a pilot study conducted by the Imagineering Institute in Malaysia, partnered with City University, participants were asked about their perceptions of sex robots, including the potential for intimacy and attraction. Although many were open to the possibility that humans could be attracted to robots, “when asked ‘would you have a robot as a lover?’ most of them said ‘no’,” said Zhang.

Hall agrees that the “paradigmatic change” suggested by Levy is “not going to happen for a very long time.”

In the meantime A.I. enthusiasts will be watching closely to see how quickly the new generation of sexbots fly off the shelves next year.