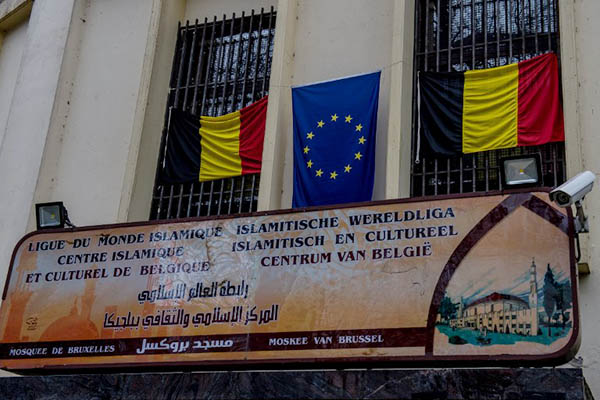 Teaching manuals in Gulf Arab-financed mosques in Belgium promote anti-Semitic stereotypes of Jews and call for the persecution of homosexuals, according to a leaked Belgian intelligence report.

The texts used in mosques including the Brussels Grand Mosque call for gays to be stoned to death or thrown off buildings and describe Jews as “evil,” the report by the OCAM national terrorism monitoring center said.

The writings, which are used to train preachers and theology professors, were “inspired mainly by classical Islamic law from the Middle Ages,” OCAM said in a copy of the report obtained by AFP on Friday. They have “problematic content in terms of radicalism, xenophobia and anti-Semitism,” the OCAM report said.

Belgian lawmakers say they will discuss the report next week.

The report singled out Arabic-language religious training manuals in the Grand Mosque, which is near E.U. headquarters in Brussels.

The Belgian government said in March that it would terminate Saudi Arabia’s half-century old lease of the Grand Mosque over concerns it was promoting radicalism. It had been run by the Muslim World League.

The manuals call Jews a “corrupt, evil and treacherous people” and call for “war” on all people who do not follow Sunni Islam. They also recommend “stoning” and “fire” as methods of killing gays, along with throwing them off “the highest building in the village.”

One manual says “the most important principle of jihad is to fight unbelievers and aggressors,” according to the report. “Armed jihad becomes an individual duty for every Muslim.”

OCAM said such manuals are widely available “thanks to the unlimited financial and technological means of the proselytizing apparatus of Saudi Arabia and other Gulf states.” The manuals, it added, were found not only in Belgium but also in neighboring countries, both in hard copy and online.

The report comes from the work of the Belgian parliamentary committee investigating the suicide bombings that killed 32 people at Brussels airport and a metro station in March 2016, which were claimed by the Islamic State group.

OCAM director Paul Van Tigchelt will next Wednesday discuss the report with committee members behind closed doors, members of parliament told AFP. “There is an urgency to be firmer and much clearer and close this scholarly institution,” centrist opposition lawmaker Georges Dallemagne said, referring to the Grand Mosque.