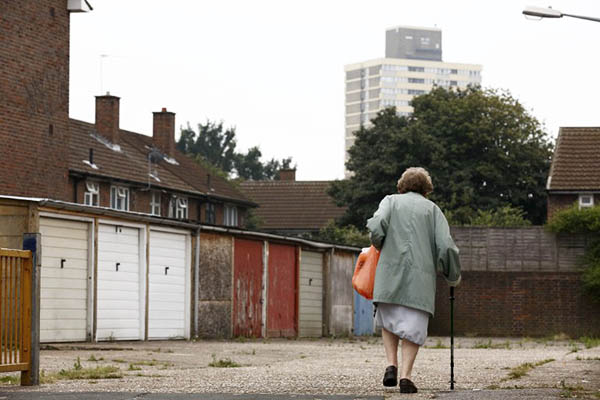 Development of Olympic district has left it with more money, fewer homes.

Many British people look back wistfully at the London Olympics in 2012 which were widely hailed as one of the best ever—some are bitter though. The legacy debate rages even as the Olympic flame is lit in Rio de Janeiro.

Hugh Robertson, Britain’s sports minister at the time, said at least 1.5 million more British people are taking part in sports than before the Games. Stratford and other parts of London where the Olympics were held have been transformed by huge investment. But local people in the traditionally working class Stratford are bitter over an influx of nouveaux riche. The number of homeless has actually increased.

Robertson admitted to AFP that not all locals had benefited but given what existed before, the overall legacy was a positive one. “We stood in the middle of the [Olympic] Park in 2005 and watched a crane dump a huge pile of concrete for smashing up in the bay next door and a cloud of dust descended on us,” Robertson said in an interview. “We were standing next to abandoned caravans Japanese knotweed and all the rest it was the last industrial wasteland inside the M25 motorway. If you go and stand in the same spot now you will see an area totally transformed.”

Robertson, who stood down at the 2015 election, said the radical changes have had a positive effect. “I think it’s made a huge difference to the area but there are some who have made the most of those opportunities and some who haven’t. Employment opportunities must be one of the great plusses of the whole thing.”

Robertson, who said then Prime Minister David Cameron had remarked to him when appointing him in 2010 it would either “make you or I’ll end up sacking you,” observed it was not the Olympic organizers’ fault if local people could not fill some of the jobs.

“If all of those haven’t gone to local people that may say more about the skills base in the local area. Now that is something which needs government attention and is not the fault of the Olympics.”

However for Penny Bernstock, an expert in housing and re-generation at the University of East London, the immeasurable improvement in transport and other infrastructure has been accompanied by greater homelessness in Newham, the borough that includes Stratford. She said the number of people without homes in the district has increased by 151%–opposed to the general London figure of 51%–from 2012 to 2015.

She told AFP many of the new jobs are in hospitality and retail, which do not pay well enough for employees to afford housing in the area. “There are a number of flats being sold in this area termed affordable where you need a £73,000 annual income,” she said.

Bernstock said there is “housing misery” with only 675 public apartments to rent whilst the average price of a two bedroomed flat is £600,000 and even when it is termed “affordable housing” the purchaser must still pay £300,000. “If we are going to call it affordable we have to have it linked to the low incomes of the people in this area,” she said.

Robertson, who before entering politics had a distinguished career in the army commanding a British detachment during the siege of Sarajevo during the Balkan War, accepts there has been too much gentrification of the area. But he says it is a price worth paying. “That is a fair criticism of it,” the 53-year-old said. “The biggest industrial wasteland inside the M25 has now turned into not quite a Garden of Eden but a place of extraordinarily high quality housing facilities and infrastructure that has left the people outside on the periphery of it feeling a bit left out because their facilities necessarily can’t keep pace with it,” he said. “Yes that is a danger but that’s probably better than the alternative.”

For long-time local resident Andrew and his wife, Robertson’s words would not resonate. “Having to move somewhere else that is the legacy for everyone on this estate,” he told AFP. “We love the park and the stadium but for us it’s just taken away our housing. The council will pull all this down and put up blocks of flats. I’m sad I don’t want to go. We’ll end up half an hour to an hour away and as my wife and I are pensioners the older you get the less you want to be moving away from where you were brought up.”