The Siege of Dhaka 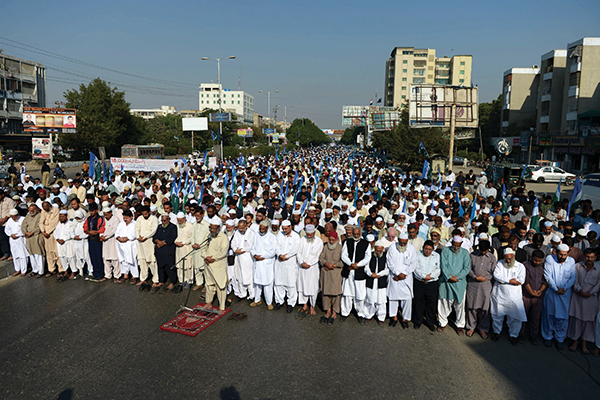 Violence erupted across Bangladesh again last week after the execution of Abdul Quader Molla, a senior leader of the opposition Jamaat-e-Islami party, for crimes he allegedly committed during the 1971 war. Known as the “Butcher of Mirpur,” Molla was convicted of rape and genocide, including the killing of over 350 unarmed civilians. He was the first person put to death since Bangladesh initiated a war-crimes tribunal in 2009. Shortly after his hanging, protesters—both for and against the hanging—took to the streets. Clashes ensued. Pakistan’s own Jamaat-e-Islami is furious. On Dec. 13, its members offered funeral prayers for Molla across Pakistan. Dismissing the sentencing of “martyr” Molla as a “mockery of justice,” Pakistani Jamaat-e-Islami chief Syed Munawar Hasan condemned Islamabad’s silence on the issue, and said the Sharif government could have secured Molla’s life by using diplomacy and invoking its bilateral agreements with the former East Pakistan. Even without Pakistan’s interference or protestations, Bangladesh is facing a world of criticism: human rights organizations and jurists say the war-crimes tribunal runs roughshod over due process and smacks of political vendetta.