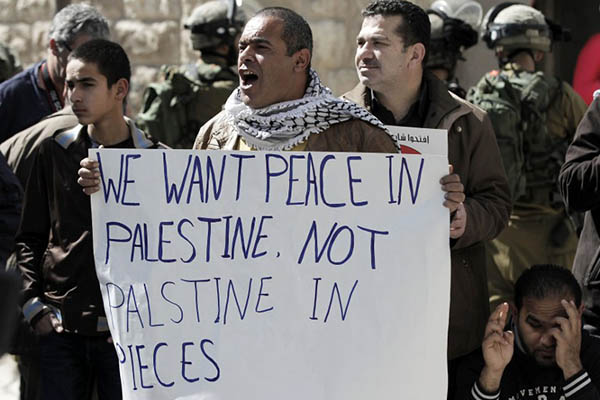 Pakistan is “ideologically” restrained in its assessment of what is happening in the Gulf from where four million of its expat workers send back remittances that it desperately needs. Can it stomach the U.A.E.’s recognition of rascally Israel that oppresses Palestinians and illegally occupies their land? What this “ideology” ignores is the rapidly changing regional situation in its neighborhood.

The Gulf Arabs feel threatened by Iran, and not by Israel, which actually secretly supplies them with high-tech warning systems against Tehran’s drones and missiles coming from Yemen and across the Gulf. The exit of India from Iran before the threatened American exit from the Middle East has been lost on Pakistan because of this ideological stasis.

That the U.A.E. trades “secretly” with Israel for high-tech products for its own economic survival is actually no secret. Even Saudi Arabia leans on Israel now that it is clearly threatened by Iran from its Shia stronghold in Yemen. Crown Prince Mohammed bin Salman in October 2018, purchased over $250 million-worth of spy equipment from Israel to anticipate attacks on its oilfields. The same year the U.A.E. too bought high-tech equipment for its own defense. When the Israeli secret service minister visited the U.A.E. on the signing of the recognition documents he tried to convince ruler Al-Nahyan that Turkey was in fact more dangerous for the Arabs than Iran.

Then there is Egypt, which already recognizes Israel and is economically buttressed by Saudi Arabia and the U.A.E. because Turkey, together with Qatar, finances the Egyptian Muslim Brotherhood against the Gulf Arabs. Israel exports natural gas to Egypt after a $15 billion deal signed in 2018 and “Egypt’s top generals have worked closely with their Israeli counterparts since the Camp David accords of 1978.” Egyptian security forces work with Israel to enforce restrictions on movement in and out of the Gaza Strip, while Egyptian and Israeli intelligence cooperate actively.

Jordan too has to think introspectively, living as it does next to Israel, which needs it as a security buffer. Of course, Jordan also needs Israel’s water and economic stability. Israel’s Foreign Ministry spokesman has called Jordan “a strategic partner” and Israel’s minister Ayoob Kara says: “There are a large number of Arab countries that have ties with Israel in one way or another, starting with Egypt and Jordan.”

Let’s not forget that Israeli Prime Minister Netanyahu visited Oman in 2018 for talks with Sultan Qaboos. Always pragmatic, Oman has been close to Israel from as far back as 1994, leveraging its position as a mediator. Netanyahu also got Morocco to talk with him and the U.S. on possible Moroccan sovereignty over the disputed Western Sahara. Was there a condition? Yes, Morocco would have to normalize with Israel. In January 2020, Morocco signed a deal for three Israeli drones for a total of $48 million. Also in 1986, King Hassan II of Morocco invited then Israeli Prime Minister Shimon Peres for talks. He was the second Arab leader to host an Israeli leader after Anwar Sadat.

It is “threatened” Bahrain that is closely aligned to Israel despite not having official diplomatic relations, mainly because of their shared perceptions of Iran as a “grave threat.” They got together in August 2019 following Israeli military strikes against Iraq, Lebanon, and Syria; and Bahrain’s foreign minister defended Israel saying: “Iran is the one who has declared a war on us, with its Revolutionary Guards Corps, its Lebanese party [Hezbollah], its Popular Mobilization Forces in Iraq, its Houthi arm in Yemen and others. So one who strikes and destroys their piles of ammunition is not to blame. This is self-defense.”

What about Sudan? A two-hour secret meeting in Uganda this year compelled Netanyahu to tweet “History!” as the two sides agreed to start cooperation, leading to normalization of relations between the two countries. The meeting was of course arranged by the U.A.E, while Saudi Arabia and Egypt knew about it.

Pakistan has ideological problems about recognizing Israel. It ignores “national interest” in deference to religion, increasingly driven—not by the state—but by Pakistan’s religious parties. The strong factor in the strengthening of religion in foreign policy is the influence of the growing middle class and its pieties.

The possibility of Pakistan recognizing Israel is remote as this would amount to a violation of faith rather than in the “interest of the state.” The new middle class, like most middle classes, pays homage to the Pakistan Army, not least because of the predominantly middle and lower middle class status of its new officers’ class. The new military leadership is thus a middle class army, urban and conservative and anti-West—and in consequence anti-Israel—inclined to use religion in motivating the country’s foreign policy, which then goes against the interests of the new “trading” Arab in the Gulf.