The Story of Tamerlan Tsarnaev 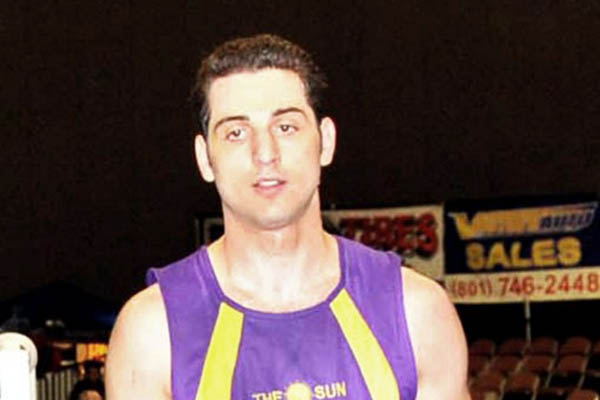 From drunk to radical, how a Boston bomber was born.

Boston bomber Tamerlan Tsarnaev was a flashy dresser who smoked pot and drank alcohol before his dreams of becoming a boxing champion were crushed, witnesses told the trial of his younger brother on Tuesday.

Defense lawyers, working to save Dzhokhar Tsarnaev from the death penalty after he was convicted of carrying out the 2013 Boston bombings, is portraying his elder brother as the real culprit.

The double bombing at the Boston Marathon finish line killed three people and wounded 264 others on April 15, 2013, in one of the deadliest attacks in the U.S. since 9/11. Tamerlan, 26, was shot dead by police four days later, leaving Dzhokhar, now 21, to stand trial and face conviction alone.

“Most of the time he was drunk, most of the time he was high,” said Rogerio Franca, a Brazilian whose roommates were friends with Tamerlan in 2008-2009 in Boston’s twin city of Cambridge. Tamerlan, he said, came over three or four times a week, sometimes every day, to smoke marijuana in their basement. He would also drink and go clubbing with the other flatmates, Franca said.

He once he came home from work and found the three men in his bedroom “dividing drugs.”

“I told everybody to get out,” Franca said.

He later left the area but bumped into Tamerlan by chance in Boston in 2012, wearing a beard and accompanied by his wife, Muslim-convert Katherine Russell, who was veiled. “He asked me: ‘you are not a Muslim yet?’ I never expected he could ask me such a thing,” Franca said, adding that Tamerlan had hardly ever discussed religion in earlier years.

Dzhokhar was convicted earlier this month on all 30 counts related to the bombings, the murder of a police officer, a carjacking and a shootout while the pair were on the run. The sentencing phase of the trial will see the jury decide whether to condemn Dzhokhar to death or life without parole.

The defense brought witnesses to the stand on Tuesday who testified that Tamerlan had been a talented boxer, who won a regional title in 2009 and 2010 and dreamt of becoming a national champion. But in 2010, the rules changed, and foreigners could no longer compete at the national level, his former trainer John Curran said. “He thought it was a slight directed personally at him,” said Brandon Douglas, who met Tamerlan in the gym.

He went from being a flashy dresser to dressing “much more conservatively” and grew a “large, bush beard,” Douglas said. He started to train less and took increasingly to radical Islam.

Tamerlan stocked up on videos inciting violent jihad, clips of which were shown to the jury. He talked to his wife Katherine about fighters and those dying in Syria, sending her video links. She looked up on her own computer the compensation given to the wife of a “martyr,” the trial heard.

On Tamerlan’s laptop, encrypted files of Islamist propaganda and copies of English-language Al Qaeda magazine Inspire were found. A photograph of him holding a weapon was shown to the court.

Magomed Dolakov, who was interviewed by the FBI after the attacks, told of a radicalized Tamerlan who did not work, thought studies pointless and justified suicide attacks against “non-believers.”

On Tuesday, the son of the landlord of an apartment rented by the Tsarnaevs told how he saw the defendant aged eight when the family first came to America. “He was very sweet,” said Sam Lipson. “He was a little shy.”

Several witnesses recalled that when Tamerlan was around, Dzhokhar hardly spoke. “He was like a puppy following his brother,” said Curran, Tamerlan’s former trainer.

The defense is expected to take two weeks to build their case. Jurors have to agree unanimously on the death penalty, which applies to 17 of 30 counts on which he has been convicted, or else Dzhokhar will spend the rest of his life in jail.