Home Lightbox The Swing to the Right

The Swing to the Right 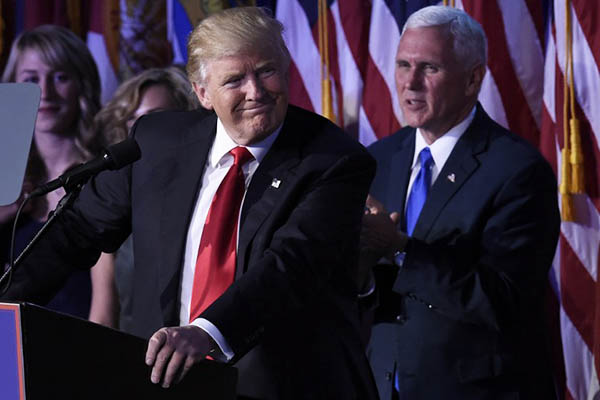 The world’s tilt toward the right-wing started in the East and spread to the West.

The West has swung to the right, endangering the pluralism of its mainstay multicultural states. The leading state, the United States, is about to abandon even its central pillar of faith, Adam Smith, to embrace a low-taxation protectionist utopia restoring jobs lost to globalization. Europe is reacting to immigrants and refugees, making assimilation a precondition to accepting foreigners who happen to be mostly Muslims.

America reacted to the loss of jobs among the low-literacy, white working class; Europe reacted to the refugees pouring in from the Middle East and Afghanistan. The refugees were pushed into Turkey from where they were forced to head for Europe. The propelling force was the Islamic State, which came into being in reaction to the return of Iraq to its religious identity under democracy. The swing in the Islamic world was to the religious-right after the demise of secular dictatorships. The swing in the Muslim East preceded the swing to the right of the West.

Muslims immigrants in the West stopped assimilating long ago. They were reacting to change of regimes back home in the Islamic world, from dictatorship to democracy. France had the largest number of Muslims who were allowed to ghettoize because they were “different.” Britain was the “zone of contact” between Pakistanis and the Arabs, and English was their medium of expression, something that never happened in the Middle East where expat Pakistanis are much larger in number. This accounted for Pakistanis become more hardline Muslims than Pakistanis in Pakistan. (The U.K. had 51 mosques in 1979; it had 329 in 1985.)

In 2011, the swing toward democracy in the Arab world was a swing toward a narrow sectarian identity, which has led to internecine war and Muslim migration. Elements within unassimilated Muslim communities in Europe have become the purveyors of Islamic State’s terror, which is turn has led to Europe swinging rightward to block migration. The cycle will continue—a solution, if possible, has yet to be found.