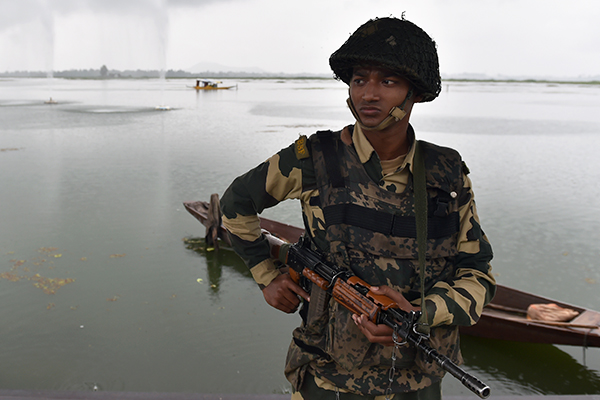 After Uri, the spectre of water wars.

India is suggesting it could punish Pakistan by scrapping their 1960 water-sharing agreement.

Narendra Modi thought upstream India could make downstream Pakistan suffer by stopping waters on the plea of Pakistani “terrorism.” But, contrary to the Indian prime minister’s belief, the Indus Waters Treaty of 1960 can only be abrogated if both parties agree to it. If New Delhi were to go ahead with this unilaterally, it would be in violation of treaty-based international law carrying the imprimatur of the World Bank, which gave the two states large funds in the 1960s to build their link-canal systems.

Ahead of its signing, the-then opposition parties in Pakistan had denounced the treaty because it gave three rivers (Sutlej, Ravi, and Beas) to India. Today, India’s jingoists think India shouldn’t have signed the treaty and just taken all the water because that is what upper riparians all over the world do. But the treaty has remained intact since 1960, surviving three Indo-Pakistan wars. There have been disputes over observance and these have been fairly resolved through arbitration. In a world threatened by water scarcity, no one likes being on the side of a state denouncing its water agreements.

The Economist wrote on May 1, 2008: “The world’s 263 transboundary rivers generate more cooperation than conflict. Over the past half-century, 400 treaties had been concluded over the use of rivers. Of the 37 incidents that involved violence, 30 occurred in the dry and bitterly contested region formed by Israel and its neighbours, where the upper end of the Jordan River was hotly disputed, and skirmished over, before Israel took control in the 1967 war.”

Although Modi’s Bharatiya Janata Party curses Jawaharlal Nehru for signing the treaty, the truth is that he did extract from it the advantage of using some water from our three western rivers (Sindh, Chenab, and Jhelum) for consumptive use, that is, agriculture. Most water disputes are irrational because of fear. India should learn from the current civil war-like conditions between upper riparian Karnataka and lower riparian Tamil Nadu over Cauvery waters. And Pakistan should learn from its own lower riparian alarmism over the Kalabagh Dam.