Home Lightbox The Truth We Jettisoned

The Truth We Jettisoned 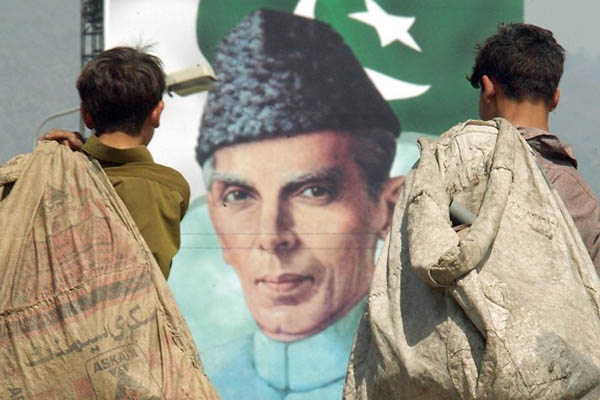 Seventy years later, its time for Pakistan to return to the vision of its founders

A Karachi daily has editorialized on how Pakistan first tried to suppress, then set aside, the Aug. 11, 1947, message of Quaid-e-Azam Muhammad Ali Jinnah at the Constituent Assembly: “You are free; you are free to go to your temples, you are free to go to your mosques or to any other place or worship in this state of Pakistan. You may belong to any religion or caste or creed that has nothing to do with the business of the state.”

Seventy years later the state is malfunctioning and religion is a major cause of the gradual draining of state sovereignty and shifting of the power of the state to the non-state sector. What have denigrated are human rights—of minorities and women—on the basis of coercive interpretation of religion. So much so, that the faith-based but unexamined constitutional provisions in Articles 62/63 have finally destabilized governance by causing conflict between state institutions. But there is more that the state has jettisoned over the years to come to this point.

In 1986, General Zia-ul-Haq shot down Justice Javid Iqbal’s suggestion that Quranic punishments (hudood) like stoning to death and cutting off of hands should not be placed on the statute book because the philosopher of the state, Allama Muhammad Iqbal, had called them time-bound in the Sixth Lecture in his book The Reconstruction of Religious Thought in Islam: “The Shariat values (Ahkam) resulting from this application (e.g. rules relating to penalties for crimes) are in a sense specific to that people; and since their observance is not an end in itself they cannot be strictly enforced in the case of future generations.”

Pakistan has not been able to award these punishments for fear of offending the world. (Iran gave up stoning to death two years ago for the same reason.) But Allama Iqbal in his Allahabad address (1930) had also indicated what kind of state he wanted: “Nor should the Hindus fear that the creation of autonomous Muslim states will mean the introduction of a kind of religious rule in such states.” After 70 years of turbulence the state of Pakistan needs to go back to the vision of its founders.

This is true that it’s now time to build strong and courageous Pakistan. Allah has blessed us with many gifts. We have natural gas, oil, gold, uranium, copper, tithinm, Cobalt, marble, granite and many other presicious minerals and further our men and women have intelgent minds with serious brain. If our people start walking on the path of our founder Quaid-e-Azam Muhammed Ali Jinnah then nobody can stop us achieving anything in this world. We must choose the right leader for Pakistan and get rid of all couropted people in the government right now. We have to select the honest and visionary leader not like the past and present leadership.