The Unbearable Burden of Kashmir 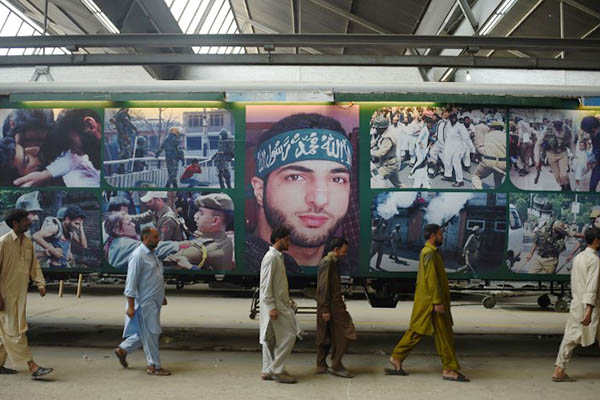 Can Pakistan and India ever hope to normalize bilateral relations?

Former foreign secretary and author of groundbreaking books on Pakistan’s foreign policy, Riaz Mohammad Khan, marked the country’s 70th Independence Day by listing in daily Dawn the various attempts to normalize Pakistan-India ties. His narrative of events has an air of wistfulness because he was himself involved in what could have been a meeting of the bilateral minds on durable peace. He was able to swing the April 2005 Delhi Declaration, which held that “acts of terrorism would not be allowed to impede the peace process.”

Ominously, the predictable “disruption” happened the following year in the shape of the Mumbai train blast in 2006. But miraculously the dialogue remained intact. As if angered by this perseverance, someone staged the November 2008 Mumbai massacre and the whole affair was traced to Pakistan and jihadi panjandrum Hafiz Saeed of Jamaatud Dawah. Thereafter, the process of Indo-Pak normalization froze, waiting for India to elect an extremist party to power. More revenge was in store for general/president Pervez Musharraf who was ousted through a “judicial coup.”

On Kashmir, the world has made its own journey, from genuine support of the Kashmiris and Pakistan to an enraged rejection of Pakistan as an incubator of terrorists who can cut their teeth in Kashmir but in good time strike across America and Europe. Today, no elected government in Pakistan—even with the approval of the electorate—can think of realistically approaching the troubled question of normalizing ties with India.

Meanwhile, China, allegedly at the behest of Pakistan, has for the second time this year prevented the United Nations designating Masood Azhar a globally recognized terrorist. Kashmir in 2017 merely retards Pakistan’s own progress to an “internally” normal state.

why United Nation goes to resove the Kasmir issue asper its resolution for the rights of self determination of the Kashmiri people through a plebicite in the vally of Kasmir is US interest is hurdle ?