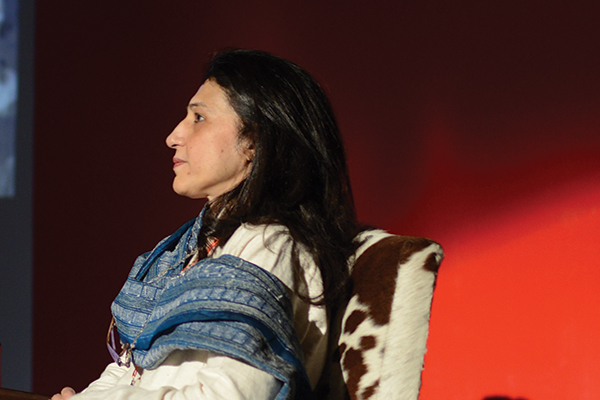 Pakistan is threatened from within. After the terrorist attack on Peshawar’s Army Public School on Dec. 16, it has reluctantly but finally admitted it, imperiling decades of nation-building and state ideology.

In the past, through their books of prophylactic disenchantment, several writers had warned Pakistan about its internal threat, but they were received with contempt. Because she did not have access to official archives, historian Ayesha Jalal began by writing books on themes that were accessible, and ended up producing works that didn’t please Pakistan at all.

Jalal’s first book, 1985’s The Sole Spokesman: Jinnah, the Muslim League, and the Demand for Pakistan, hurt because it tended to steer away from the embedded national narrative. In 2000, she delved into the more basic question of identity and produced her monumental study disputing the Two Nation theory, Self and Sovereignty. In 2008’s Partisans of Allah, she hinted broadly at the revisiting of old internecine jihad in the 21st century. Four years later, she published The Pity of Partition on writer (and her uncle) Saadat Hasan Manto, Pakistan’s first “deflator” whose insights astound with their relevance even today.

With her many-years-in-gestation magnum opus, The Struggle for Pakistan: A Muslim Homeland and Global Politics, Jalal has finally delivered her history-of-Pakistan book. But since it is hardly flattering to the men who have guarded and guided Pakistan after the state’s creation in 1947, it may receive treatment witheringly similar to other hard-truth works.

These men, used to obedience and civic virtue under the British Raj, began swaggering after 1947 with punitive intent, as if the “imagined homeland” was nothing more than an instrument of “moral correction.” Today that swagger has produced laws that victimize innocent citizens without the arousal of conscience that the world expects of the state of Pakistan. (Pakistan’s treatment of Manto on charges of “obscenity” was a foretaste of the blasphemy laws targeting other innocents today.)

In the preface of The Struggle for Pakistan, Jalal notes “the emergence of military dominance” as the “most salient and enduring feature of Pakistan’s postcolonial history.” She marvels about the early violence that killed politicians until she arrives, more surefooted, on the military ruler who got Zulfikar Ali Bhutto hanged through pliant judges and another who dubiously kibitzed the assassination of Bhutto’s daughter Benazir. That’s three prime ministers disposed of, starting with Liaquat Ali Khan in 1951.

“More than six and a half decades since its establishment,” writes Jalal, “Pakistan has yet to reconcile its self-proclaimed Islamic identity with the imperatives of a modern nation-state.” She is more surgical than most Pakistanis in her diagnostic observations: “Pakistanis receive schooling in ideology that aims to reinforce belief in constructed national myths. These exaggerate Muslim differences with Hindu India to justify the existence of Pakistan and, more problematically, to deny the welter of heterogeneities within the country itself.”

Pakistanis become aggressive when reminded about Jinnah’s extremely Lockean Aug. 11, 1947, pledge of secularism he knew his Muslim followers wouldn’t stomach. Today, it is easy to predict that Muslims will swagger to a religious state after gaining freedom or relapse into it after “mistakenly” founding a secular state, as in the case of Turkey. If Pakistan wanted to go secular today, the Supreme Court wouldn’t agree because it has to defend the “basic structure” of the Constitution. In any case, even secular dictatorships in the Middle East have gone Islamic, which means non-Muslims and the Shia become exposed to greater risks.

Jalal hadn’t previously tackled the extent of the ISI’s involvement in the Afghan jihad before things fell apart on 9/11. Gen. Pervez Musharraf got rid of his ISI chief “two days after America started cluster-bombing the hapless Afghans” because the latter wanted to persist with the old state policy covertly directed against the U.S. But, Jalal notes, there were also other grounds for the dismissal: “There have been allegations that the move became unavoidable once India supplied evidence to the Americans confirming links between the World Trade Center hijackers and the ISI chief. The go-between was Ahmad Omar Sheikh … one of the three militants released by India after the Kandahar hijacking. Sheikh had allegedly wired $100,000 to Mohammad Atta, one of the 19 hijackers, at the behest of the Pakistani spymaster.”

The book also talks about the Kunduz evacuation, in November 2001, of more than 1,000 Pakistani soldiers and agents who had been fighting alongside the Taliban and Al Qaeda in the besieged city. The Chechens, Uzbeks, and Afghans who played havoc with the lives of innocent Pakistanis afterward were also transferred to Pakistan in this airlift as “strategic assets.” To avoid provoking the Army he was leading, Musharraf struck a devil’s bargain with Washington by “handing over Arab members of Al Qaeda to the Americans,” while the ISI unofficially continued supporting the Afghan Taliban through a “rogue” network of ex-Army personnel.

Jalal believes Pakistan has to be saved from itself. Given the mood in the West, Pakistan is going to be less and less attractive as salvage, but there are many in India and the U.S. scared enough of “loose ‘Islamic’ nukes” to lean in favor of her advice.

Jalal is the Mary Richardson Professor of History at Tufts University. She will be speaking at the third annual Lahore Literary Festival (LLF), Feb. 20-22. From our Feb. 14-28, 2015, issue.