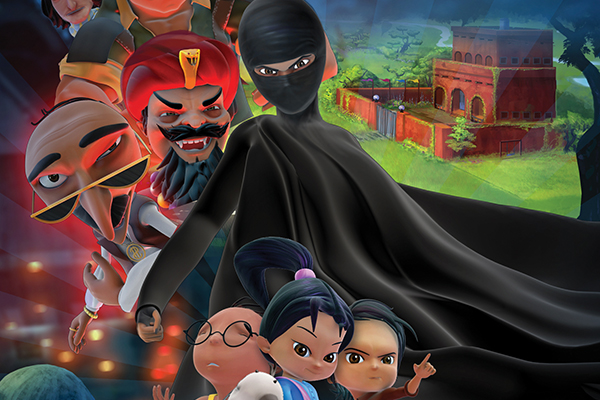 Pakistan’s latest animation show for children sets out to literalize an old, consolatory cliché. The Burka Avenger, which debuted July 28, features a veiled crime fighter who uses “books and pens as projectile weapons to fight the bad guys,” according to the Urdu-language show’s producers, Islamabad-based Unicorn Black. The first season comprises 13, 22-minute episodes which aspire “to make people laugh, to entertain, and to send out strong social messages.” The lead character is a timid teacher at an all-girls school by day, and a burqa-clad superhero who strives for “justice, peace, and education for all” by night. Don’t expect the “amazing action-comedy” to address how the pens-as-actual-swords premise affects the lead’s three sidekicks, all young children. For wider acceptability in a country which has seen women rise to the very top, the show throws in a bit of old-school Islam to sanctify the superhero shtick: “The Burka Avenger not only uses the burqa to hide her identity, but also to maintain her modesty.” And quite possibly to evade violence against unaccompanied women stalking dark streets in the show’s fictional city. Burka producers are rolling out albums, games, and other potentially profitable tie-ins—including, finally, an app where subscribers can see what they look like in a burqa. The Western press has jumped on the Burka bandwagon, hailing it, inexplicably, as revolutionary. That should be it to put off some viewers.