The War Rages On 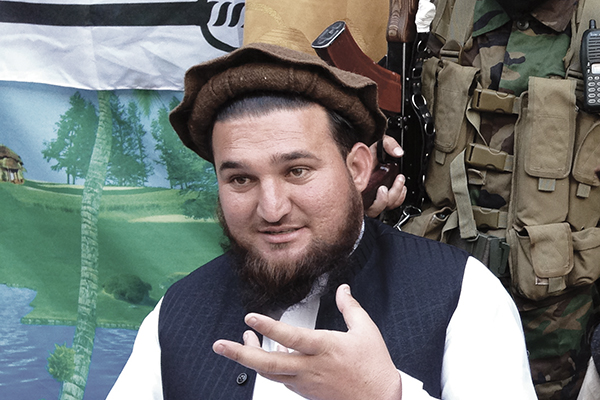 Ihsanullah Ihsan says his organization will avenge Hakimullah Mehsud’s drone killing. We spoke with the senior commander of the Tehreek-e-Taliban Pakistan recently about this and more. Excerpts:

This was at least the fourth attempt on Mehsud’s life. How badly damaged was his body?

I saw his body. We have made videos and photos of it and will release these at a suitable time. His face was recognizable, but the rest of the body, while damaged, was still intact.

Was Mehsud’s death an inside job?

I can’t imagine that it was in this case. In the past we have arrested some people who were [double agents], and they confessed their roles.

What happens to the proposed peace talks with the Pakistani government now?

After this incident, there can be no peace talks. It would be too generous to say that the possibility of peace talks is zero; the chances are, in fact, below zero. This incident was a violation of Pakhtun culture. You can’t engage someone in peace talks and then attack his home and kill his father. Hakimullah Mehsud was our leader, our hearts are heavy and our anger will soon be felt by everyone. The ruse of peace talks has been used to eliminate our leaders one by one. This is their strategy: they distract us from our security priorities through offers of talk and then eliminate our leaders. We will not allow this to persist.

Are you suggesting that the government was in on the Nov. 1 drone strike?

I am 110 percent sure that Pakistan’s security organizations were involved. For every drone attack, about 80 percent of the information and ground intelligence is provided by Pakistani security organizations. The main nature of these drone attacks is being carried out through them. Then how come Chaudhry Nisar is shedding crocodile tears? Chaudhry Nisar is responsible for the security of Pakistan. It’s his job, not the Army’s, to run the system. If the politicians are not in charge, how is it possible to talk with these helpless and incompetent creatures?

Was the Pakistan Army behind this strike?

I am thankful to the Jamaat chief and respect his views and feelings.

It is widely expected that your organization will now carry out retaliatory attacks across the country. Is this a valid fear?

I am not in a position to say that we will tear down the sky. But I can say that whatever capabilities we have, we will utilize them to avenge our chief’s assassination. We will target security organizations and everyone who is part of this system wherever they are. If you are a part of this system [against the Taliban], then you, too, are our target.

The Peshawar High Court issued a judgment against drone strikes earlier this year. What’s your view of Pakistani courts?

We don’t expect any favors from them; they are all part of the system. But if there is one person among these infidels who has a good attitude it is Chief Justice Iftikhar Chaudhry. Our policies aren’t based on personalities. Whether it’s [Army chief Gen. Ashfaq] Kayani or [former prime minister Yousaf Raza] Gilani or anyone, we are fighting against the system and that will continue.

everyone else is an infidel???

haha !!! PMLN and TTP are just playing mind games with the people of the country , pathetic and cheap it is !!

If reporters to talk to them why can’t the army locate them!