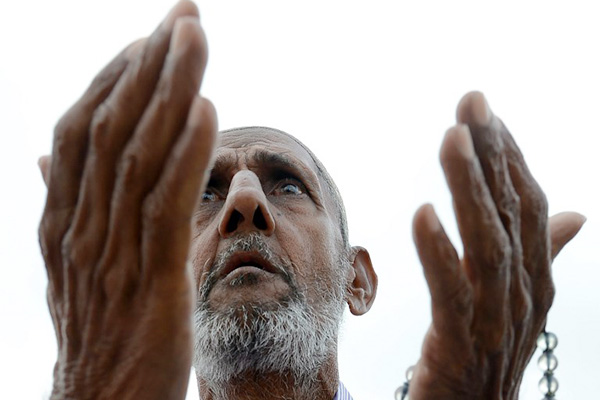 A 2019 study undertaken by a senior fellow at the Brookings Institution analyzed the rise of Islamophobia in the European Union, finding right-wing populism and a disdain for religious observance at the root of the West’s “Muslim problem.”

Shadi Hamid, an American author and senior fellow at the Brookings Institution, analyzed the prevailing anti-Islam trends in the E.U. in his policy brief. On the face of it, anti-Islam trends are a feature of right-wing populism. Muslims in Europe are estimated to reach 11 percent of the continent’s population by 2050 at their current rate of growth, compared to just 4.9 percent today. This means the trend of rightwing anti-Islamism will increase in the future.

By and large, Muslims immigrants belong to the working class and are deeply religious, unaffected by global Islamic modernist trends. While in Europe, to retain a personal identity, they embrace their faith more firmly till it becomes more regimented than the level of public observance in their home countries.

At times immigrant Muslims in Europe throw up leaders who affect their homeland trends through their intellectual intensity. In reaction, Europe, and in particular its rightwing parties, see Muslim immigrants as less assimilated, particularly when it comes to “prevailing norms around secularism and the private nature of religious practice.” Where does the host population pick up these impressions? This is actually not difficult to answer. The practice of religion among Muslims is meant to be emphatically public as in “workplace prayer accommodations, abstention from alcohol, discomfort with gender mixing, conservative dress, and demands for halal meat options.”

The public nature of the migrant Muslim faith negates the host population’s “private” faith commitments. Secular Europe is supposed to tolerate religion because it is in the private domain; and privacy can’t be invaded.

Then there are other developments pertaining to rights that the state no longer denies like gender equality, gay rights, sexual freedom, etc, which the Muslims might reject, demanding rights for themselves that might not find approval with the host population. Depending on the tolerance level—political or cultural—the acceptance of Muslims may vary between host communities. In the United States, in a study conducted in 2016, 64 percent of Democrats held favorable attitudes toward Islam, compared to only 24 percent of Republicans.

Compared to states in Europe, the U.S. has a relatively small Muslim population; yet the anti-Muslim feeling there is rising just as in Hungary, which also reacts intensely against Muslim immigration despite very few Muslims. The U.S. connects negatively with Islam in its foreign policy conduct while Hungary has historically served as a frontline state between Christianity and Islam. Poland’s reactive embrace of Christianity accounts for its opposition of the liberal immigration laws of Europe.

Again and again, the question of assimilation comes to the fore. Even in Pakistan, it is more and more accepted among scholars that Muslims living abroad become more intense in their public observances than their counterparts back home. It is true that in their home country Muslims tend to have one voice when it comes to religion; but in practice they tend to be quite lax and therefore tolerant. Not so abroad, and in France 54 percent of Muslims say religion is “very important” in their lives compared to only 11 percent of the overall population.

Muslims back home are reluctant to yield rights to women even when enshrined in their state constitutions. Abroad, Muslim women are around 70 percent more likely to be unemployed than their white Christian counterparts and compelled to pass their lives as “veiled” housewives. When some of them venture out to seek employment, the dress and the “scarf” they insist on balks the local employer who would like his saleswomen to be “unobtrusive.” Also, in France, Muslim women not getting jobs may run against the state’s “prohibitions on conspicuous religious symbols.”

Shadi Hamid observes: “Cultural and social liberalism was once the domain of the left and center-left, but today these parties have found themselves on the defensive, torn between their commitment to gender equality, on one hand, and sympathy toward multiculturalism and group identities, on the other … The gender critique raised by feminists and others has offered the radical right a new arsenal of issues and rhetoric with which to fight immigration and defend a unitary national culture. The result is, in the Netherlands and Norway at least, a radical right defending liberal values—human rights, liberty, individualism and gender equality—against immigrant cultures represented as collectivist, authoritarian, patriarchal and honor-bound.”

The other aspect concerns the “quality” of manpower produced by the Muslim world. Muslim societies all over the world have become inward-looking, focusing on historical Islam and its ideal periods in history. More and more, literate Muslims explore the past looking for the “ideal” conduct, which they transform into “morality” that is divorced from the “ethic” of an increasingly interconnected world. Visible observance has become paramount without elevating the moral and ethical conduct of the Muslim individual. Absence of ethic leads directly to absence of trust both at home and abroad where they tend to migrate to avoid the discomfort in their own homeland.

Neighboring India’s hate for Muslims requires a bit more context. The Hindu-majority there hates Muslims because of the perpetual conflict between India and Pakistan, an Islamic country that often ends up maltreating its own non-Muslims. In contrast, India’s constitution describes it as a secular state, but has manifested public religiosity under the BJP government of Prime Minister Narendra Modi. Not so salient in the past, intolerance of Bengali Muslim migrants from Bangladesh has tended to affect India-Bangladesh relations, too.

The Indian trend blends with the anti-Muslim trends in the European Union and the United States, with the residents of India-held Kashmir suffering the brunt of this acrimony. India’s secular claims are the inevitable collateral damage of Modi’s Hindutva-inspired hate.