The World’s Most Famous Brain 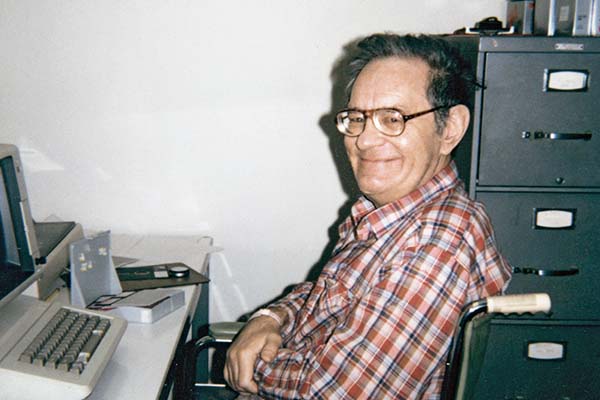 By the end of his life in December 2008, 82-year-old Henry Molaison had the most famous brain in the world. This would have been news to Molaison. Just about everything was.

As a result of a radical brain surgery performed in 1953 in the hopes of treating his epilepsy, Molaison was left without the ability to form new memories. His postoperative life consisted of 30-second experiences, each forgotten almost immediately. Molaison’s mental affliction enabled scientists to acquire new information about how memory works, particularly with regard to which brain regions are essential for memory functions. (For instance, Molaison’s case helped reveal that short-term and long-term memories are formed through distinct processes that make use of different brain circuits.) By 1970 patient H. M., as he became known in the literature, was a fixture in psychology and neuroscience textbooks. Molaison’s preserved brain continues to offer new information about how we create, store, and retrieve memories.

Suzanne Corkin was a graduate student when she first began working with Molaison in 1962. The professional relationship would span more than four decades. Now a professor of neuroscience, emerita, at the Massachusetts Institute of Technology, she has written Permanent Present Tense: The Unforgettable Life of the Amnesic Patient, H. M., her definitive account of his contribution to brain science. For a work that spends much of its pages on relatively dry neuroscience theories and discoveries, Permanent Present Tense is a surprisingly emotional read. From its historical survey of the 20th-century psychosurgery movement—the most grisly episodes of which involved the now-infamous prefrontal lobotomy—to its somewhat procedural recounting of Molaison’s final days, the book repeatedly challenges the reader to decide how one should judge the checkered history of brain research and, in particular, the unique case of Molaison.

Over the years, Corkin developed an intensely personal relationship with Molaison, but she makes clear that her interest in him had always been “primarily intellectual.” It’s this technical curiosity that drives the narrative.

Molaison’s surgery at the age of 27 removed part of his temporal pole; his amygdaloid complex; his hippocampal complex, “except for about two centimeters at the back”; and the parahippocampal gyrus, “except for the back two centimeters.” On one measure, the procedure (a “frankly experimental operation,” as his surgeon, William Beecher Scoville, candidly described it) was a success, as it did help Molaison with his seizures. It is an open question whether this benefit was worth the surgery’s unfathomable cost.

‘What is it like to experience life with only short-term memory to rely on?’

The scientific value of Molaison’s case complicates the matter even further. Shortly after the extent of his amnesia became apparent, Molaison began a lifelong series of psychological tests and brain scans, each intended to inform some theory or other, and ultimately earning him the title of “the most comprehensively studied patient in neuroscience.” The knowledge gleaned from this steady diet of examination is certainly impressive. As Corkin tells us, Molaison assisted researchers in determining, among other things, that “remembering unique events (episodic memory) and remembering facts (semantic memory) are both impaired in anterograde amnesia … a healthy hippocampus is essential for vividly recounting the details of a wedding (recollection) but is not essential for simply recognizing a face, without identifying it or placing it in a context (familiarity).”

This last concept, familiarity, helped explain why Molaison was able to remember that he knew Corkin (he mistakenly believed that they had attended East Hartford High School together), and why, by the end of his life, with a little coaxing, he could even bring up her name.

As Corkin’s inventory of Molaison’s scientific contributions grows more exhaustive, it becomes clear that Permanent Present Tense is not about a man, but about a man’s brain. As such, Corkin gets well into the book before addressing the questions that a nonscientist would have opened with. It’s only at the end of the fourth chapter that she rhetorically inquires, “What is it like to experience life with only short-term memory to rely on?” One would imagine that a life lived in half-minute intervals would be a hellacious existence of constant confusion, frustration, and shame. In fact, Corkin tells us, Molaison “remained as good-natured and pleasant as the polite, quiet person his high-school classmates knew.”

For the most part he was good company. He was always happy to meet new people, although most people he hadn’t known before his surgery were new to him, whether he had met them before or not. He was often quick with a joke or one of the coinages that became known by those around him as “Henryisms.” When struggling to provide an answer to a direct question, for example, he often claimed to be having “an argument with myself.”

It’s precisely Molaison’s infectious personality—his undeniable humanity—that makes Permanent Present Tense so morally challenging to read. One can’t help but think that, had Molaison possessed a typical memory it would have been unconscionable to subject him to so many years of relentless experimentation. Does he deserve less simply because, for him, each test was the first? It’s difficult to deny that Corkin and her fellow scientists were exploiting Molaison’s condition, albeit for worthy reasons. They may have grown fond of the man, but for them, his mind was merely an access point to what they were after: his brain.

This idea of “Henry as science object” is at the root of some of Permanent Present Tense’s most uncomfortable passages. For instance, Corkin describes how, years before his death, she developed a detailed plan—complete with a laminated, wallet-size flow chart—for how Molaison’s postmortem brain would be scanned, removed, and preserved.

When the treasured organ was finally pried from his skull, Corkin writes that “[s]eeing Henry’s precious brain in the safety of the metal bowl was one of the most memorable and satisfying moments of my life.” It’s the stuff of black comedy, as are some of Corkin’s depictions of psychosurgery’s low points. In 1967, she tells us, neurologist Walter Freeman began touring the nation in a camper he called the “lobotomobile,” demonstrating his signature procedure: a 10-minute lobotomy performed with an ice pick.

Despite these grim details, there is a more hopeful reading of Permanent Present Tense for those who seek it. It was, after all, medical science that robbed Molaison of any possibility of a normal life. Corkin and the countless researchers who studied his condition, whether they knew it or not, were working to make up for the failings of previous experimenters and to ensure that no part of Molaison’s sacrifice went to waste. That he was such an amiable subject only made their jobs easier.

In 2009 Molaison’s brain was frozen in gelatin and sliced with painstaking precision into 2,401 impossibly thin sheets so that it could be studied in minute, cellular detail by future scientists. It seems a darkly appropriate end for a man who became famous for having his brain haphazardly carved up some 56 years before.