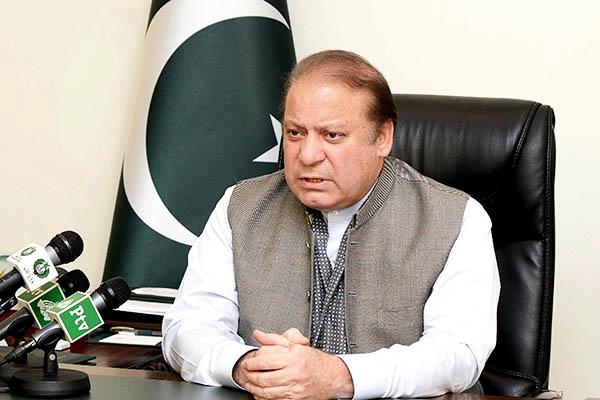 Pakistan will win the war against terrorism—but not without cost.

The terrorist group, Jamaat-ul-Ahrar, led by Umar Khalid Khorasani, nom de guerre for Abdul Wali—a former journalist from Mohmand Agency and one of the founding members of the Tehreek-e-Taliban Pakistan—has claimed responsibility for the March 27 attack in a packed park in Lahore.

The group, which broke away from Fazlullah’s TTP but is now said to have rejoined it in a loose alliance, has identified the man who carried out the suicide attack and promised more attacks in Punjab—read, Lahore.

The group has also said that it specifically targeted Christians celebrating Easter.

Let’s now deconstruct this strategy and the signaling in it.

TTP Landscape: TTP Central, led by Fazlullah, is under pressure from operations in North Waziristan and parts of Khyber Agency. Intelligence operations in the cities across Pakistan have also helped net hundreds of its sympathizers, financiers and other fighting and non-fighting cadres. But TTP Central is not the only player in the game. There are others too, Khorasani’s group being one of the most important. Another commander, Umar Mansoor, who leads the former Tariq Geedar group but is affiliated with TTP Central, has also been planning his own attacks and executing them. Mansoor’s group attacked Peshawar’s Army Public School and later the Bacha Khan university. After the second attack, TTP Central’s spokesman, Mohammad Khorasani, rejected claims that TTP was involved in the attack. By doing so, he sought to distance himself from the claimed actions of the group led by Mansoor, which is a TTP affiliate.

Corollary: while these groups share the same ideology and very often also resources, there’s also struggle within for top leadership. We already know that Fazlullah, a Yusufzai lowlander from Swat, was not acceptable to the highlander, southern Mehsuds who, until Hakimullah Mehsud was taken out by a drone-fired missile, commanded TTP Central. Pressure has led to two developments: finding new strategies to regain advantage over the state, and in doing so scoring more spectacular hits in the race to lead TTP Central.

Umar Mansoor chose educational institutions. His group managed two successful attacks, the first one the most tragic and spectacular so far.

Khorasani’s group, known for previous attacks on soft targets, including on Christians, chose a park this time on Easter Sunday. Let’s now see what that has achieved.

The PMLN (also the federal government and the government in the Punjab): Following the attack, Prime Minister Nawaz Sharif appeared on national television to make a brief speech. He has also, as per the Ministry of Foreign Affairs, cancelled his trip to Washington D.C. for the fourth and final Nuclear Security Summit. On the sidelines of the summit he was also to meet with his Indian counterpart, an important meeting given the state of Pakistan-India relations.

Yet, Sharif has cancelled that trip, choosing to stay at home and found it crucial to make a speech.

It’s about the Punjab; within Punjab about central Punjab and within central Punjab about Lahore. All of this adds up to PMLN’s political power and stronghold. The PMLN has known for a long time that parts of Punjab are infested with the Deobandi-Salafi ideology and its practitioners. The issue has never been about moving against them. It’s been about fearing reprisals, spectacular attacks which will make PMLN’s constituents begin to question the efficacy of the party.

It is understandable. Imran Khan’s PTI grappled with the same problem, a problem that has worsened since the party formed the government in Khyber-Pakhtunkhwa and has had to deal with multiple terrorist attacks.

Both parties, before the 2013 elections, as also after those elections, kept fighting shy of investing in military and intelligence operations against the TTP and its affiliated groups. They were blamed for being sympathetic toward the Taliban. That was a harsh judgment. They are not. But they understood the requirement of their politics and that’s what made them wary of waging war on the TTP.

Look at Lahore. The chief minister here, acting like the city mayor, has invested immense energy in uplifting the city (this is regardless of the manner in which he might have gone about it). People visiting from Karachi and Islamabad can’t help notice how Lahore’s infrastructure looks. This is the PMLN’s spanking new BMW and it doesn’t want to play chicken with TTP groups driving old, battered jeeps and ramming into it.

But things happen. APS happened. The mood changed. The Army began Zarb-e Azb. Intelligence operations were launched across Pakistan. The TTP got battered and bruised. Forced out of North Waziristan, its leadership is on the run and in Afghanistan (relations with that country form another dynamic).

The TTP has taken time to reorganize. It had to hunker down. But it’s back in the game with a changed strategy. It can’t really take on hard targets, partially because of degraded capacity and partially because that is risky with less dividends. Soft targets is another story. Easier to attack, with a much greater multiplier effect.

So, attacking Lahore, operationally, is a brilliant strategy. Promising more attacks is in line with that. Choosing Easter Sunday and then specifically claiming an attack on Christians is another shot at an obvious fault-line—even though, let it be said that the attack killed more Muslims than Christians and those lining up to donate blood didn’t distinguish between Muslims and Christians. But the terrorist group’s specific reference should give an insight into its strategies.

The PMLN is worried, deeply worried. And I understand that. The problem with dealing with terrorism is that people want action, will chide you for inaction but when you do take action and beget a reaction, the people will lambast you for not being able to secure them. That is precisely why the Sharifs are in trepidation mode and that’s precisely what the TTP is counting on. Punjab law minister Rana Sanaullah’s March 29 presser and its tone was reflective of this.

The Army: GHQ is worried too. The Army chief went into a huddle immediately after the attack and since then there have been raids and people arrested. A strategy is also being chalked out for a comprehensive operation in certain parts of Punjab. [NB: although it must be said that Punjab has seen consistent intelligence operations since the start of Zarb-e Azb.] The Army is worried because it sold Zarb-e Azb well, perhaps only too well. That’s the problem with PR overkill. It also managed perceptions by presenting itself as the doer and the civilians as the sloths. The #ThankyouRaheelSharif campaign, as also voices urging him to not hang up his hat, are partly orchestrated, but in many cases also a product of this perception. And while Lahore is vital to PMLN’s politics, in terms of perceptions, spectacular attacks in major cities also reflect poorly on military operations sold as a success, especially when success seems to be defined in absolute rather than relative terms.

The die has been cast. There’s no turning back. The faux-peace the PMLN wanted has left the room. The faster we move now and more effectively, the better placed we will be in reducing the numbers and frequency of such attacks. But there’s no way, in the foreseeable future, of bringing it down to zero.

The message: we are at war, a long, irregular war. We will win it, but at a cost. Be ready for that.

“They were blamed for being sympathetic toward the Taliban. That was a harsh judgment. They are not.” It is hard for me to decipher how these parties were NOT sympathetic for the Taliban. At the very least, they were apologists for the militants, especially Mr. Khan. I wonder why the author would miss this crucial distinction, and not offer criticism on this.

“The spanking new BMW” part represents less than 10% of Lahore, a humongous city that needs the BMW on all scales. Pity that the city mayor aka the Khadim does not seem to understand it. Overall though, this is a good analysis as is usual.