The Year Love Died in Hollywood 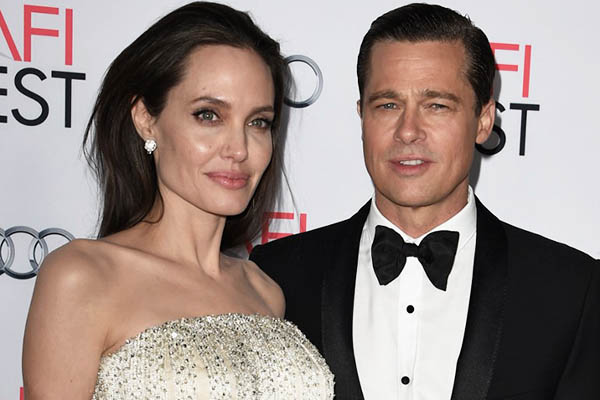 The imminent divorce of Brad Pitt and Angelina Jolie is the latest in a string of celebrity splits during 2016.

The imminent divorce of “Brangelina” is the latest in a series of celebrity splits giving the impression that the average Hollywood marriage has about as much chance of success as a non-white actor at the Oscars.

Brad Pitt and Angelina Jolie-Pitt have both been through divorces before, he with Friends star Jennifer Aniston and she with actors Jonny Lee Miller and Billy Bob Thornton. This year has also seen Gwyneth Paltrow and Chris Martin finalize their famous “conscious uncoupling” around the same time that Johnny Depp and Amber Heard were squabbling over the terms of their split.

Drew Barrymore, Lisa Marie Presley, Dennis Quaid and James McAvoy have announced divorces from their respective partners too, sparking some gossip websites to refer to 2016 as the year of the Hollywood divorce.

In 2012 statistics website PolitiFact estimated that the lifelong probability of an American marriage ending in divorce was 40–50 percent, citing academics and the National Survey of Family Growth.

Kelly Frawley, a partner at New York law firm Kasowitz, Benson, Torres and Friedman, believes that while there is no reason to think the rich and famous split more often than the rest of us, the pressures which put strain on relationships are amplified in the rarified air of Tinseltown. “There are standard things that cause marriages to disintegrate—concerns about money, fights about how to raise the children, issues of fidelity,” she said. “Those are much bigger scale when you are dealing with a celebrity couple because there’s so much accessibility to all the things that make it easy to step out of a marriage. You can spend money with ease, you can leave with ease, you can have affairs with ease.”

It’s not all doom and gloom. Denzel and Pauletta Washington have been going strong since 1983 while Billy Crystal, Christopher Walken and their respective sweethearts expect to celebrate golden wedding anniversaries before the end of the decade. But unlike skin peels, kale and the 5:2 diet, divorce is one celebrity fad that has endured through the ages and the Hollywood hills are littered with the carcasses of euthanized showbiz marriages.

Among the high profile casualties are Ben Affleck and Jennifer Garner, who announced on June 30, 2015, one day after their 10-year anniversary, that they were calling it a day. Tom Cruise was on his third marriage by the time he and Katie Holmes split in 2012 and there were divorces in 2010 for Ryan Reynolds and Scarlett Johansson, and Elizabeth Hurley and Arun Nayar.

“Celebrities are under a unique microscope, where every nuance is dissected over and over again the slightest misunderstanding is reported like you’re splitting up right away,” said Judi Bloom, a licensed marriage and family therapist based in Southern California. “That can really wear down a couple in the end.”

One big problem for Hollywood couples, she told AFP, is that they spend so much time apart on their separate projects, which can “pull at the fabric of a relationship.” Some avoid growing apart by continuing to work together after getting hitched.

Warren Beatty and Annette Bening began dating during the filming of Bugsy in 1991, married a year later and filmed Love Affair together in 1994. Will Smith and Jada Pinkett are still together a quarter century after meeting on the set of his sitcom The Fresh Prince of Bel Air when she auditioned to play his girlfriend. She didn’t get the part but she got Smith—marrying the actor in 1997 and appearing alongside him in 2001 biopic Ali.

It doesn’t always work, of course.

Helena Bonham Carter and Tim Burton have joined forces for no fewer than seven films but called it a day after 13 years, an unlucky number, which was also the length of the marriage of Woody Allen and Mia Farrow, and the number of his films in which she appeared.

Rob Shuter, a former Hollywood publicist for Jennifer Lopez, Jessica Simpson and others who now runs NaughtyGossip.com, told AFP celebrities and their representatives plan divorce announcements down to the most minute detail. “The announcement about Brad and Angie came out one day after the weekly magazines went to print, which means that they get a week of breathing space,” he said.

Shuter says that while print is less important in the digital age than it used to be, the timing was still “a disaster” for People, which has the largest audience of any American magazine, and its rival Us Weekly.

He believes Pitt would have been the more passive partner in planning their divorce announcement because of Jolie-Pitt’s track record with carefully stage-managing the news cycle. “When she was pregnant with Shiloh she didn’t make the announcement with an official statement, she walked around the corner and let her bump show for People magazine,” he said.