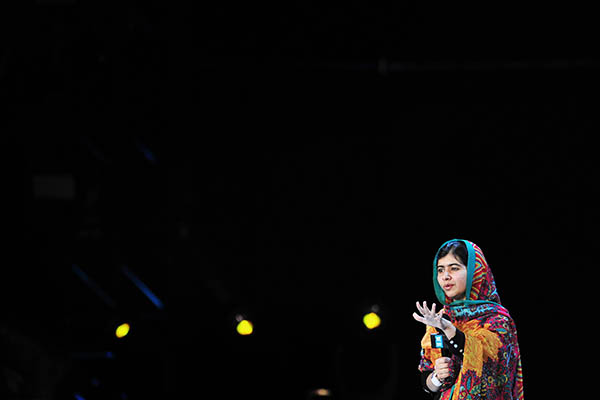 Malala Yousafzai says she felt she had to speak up for kidnapped Nigerian students and condemns Boko Haram’s interpretation of Islam.

Malala Yousafzai, who survived being shot in the head by the Taliban, said Wednesday she sees the more than 200 schoolgirls kidnapped by Islamist militants in Nigeria as her sisters.

Speaking on CNN, Malala said the extremist group Boko Haram behind the mass abduction does not understand Islam and has not studied the Quran.

“They are actually misusing the name of Islam because they have forgotten that the word Islam means ‘peace,’” Malala said. She added: “When I heard about the girls in Nigeria being abducted I felt very sad and I thought that my sisters are in prison and I thought that I should speak up for them.”

Malala was shot by a Taliban gunman in 2012 over her outspoken views on education for girls in her home in Swat. After undergoing extensive medical treatment, she now lives in Britain.

Malala told CNN that Boko Haram’s acts were appalling. “How can one imprison his own sisters and treat them in such a bad way?” she said, referring to the group’s threats to sell the girls into slavery. “They have not studied Islam yet, they have not studied the Quran yet and they should go and learn Islam,” she said.

Several countries have offered their help to Nigeria to find the girls, whose abduction has prompted an international outcry.