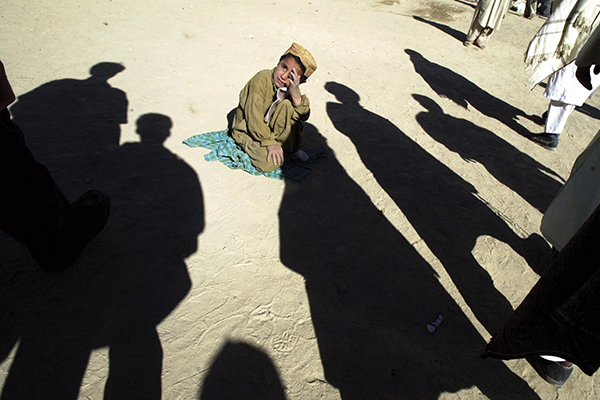 Is Islam enough to hold Muslim states together?

The Middle East, once united under the bipolar slogan of ‘Islam versus Israel,’ is now facing internal fractures of faith. Islam no longer binds; it is making Muslims kill Muslims. And Muslims are intellectually ill-equipped to even understand what is happening to them. Any criticism of their mind is taken as criticism of Islam, which means there can be no debate. The result is a dishonest diagnosis of the crisis: “The West is making us kill each other.” In the case of Pakistan, India is added as the indirect killer.

Interestingly, states subject to fracturing are facing the dread prospect of “partitioning,” that is, trifurcation or bifurcation of states like Iraq and Afghanistan to save their populations from being decimated. How Muslim states have hurtled to this predicament is encapsulated by Iraq’s post-Saddam Hussein progress: from Sunni domination, it transitioned to Shia domination, destroying, in the process of purging Sunnis from important positions, its capacity to defend itself militarily against forces like the Islamic State.

The focus on Islam required by the post-Saddam state forced the quondam Prime Minister Nouri al-Maliki to see more ‘apostates’ unfit for his Iraqi nationalism. The Sunnis were purged; the Kurds faced the double whammy of being non-Shia and non-Arab; the Christians and other ‘ignored’ pagans like the Yazidis were looked at closely for signs of rebellion. Maliki will be remembered for allowing Iraqis to suffer Afghanistan-like conditions of life while earning $100 billion of oil revenues annually.

When Al Qaeda metastasized into the Islamic State and assailed Iraq, Maliki’s Shia-led Army was not equipped to fight. Like Nigeria’s Army facing Boko Haram to defend the largest and potentially richest state in Africa, it simply ran away, leaving mountains of U.S. military equipment at the disposal of I.S., which also occupied the oil wells of northern Iraq to sell crude in the black market for daily revenues of $2 million. “Islam” now saw Christians and Yazidis as communities to be enslaved—which means taking their women as concubines—unless they embraced Islam (read: the Islamic State).

The Kurds in the north were always troublesome because they fell out of the “secular” pan-Arab identity net. (In Turkey, they also fell afoul of race-based Turkish nationalism.) Secular Turkey and secular pan-Arab Iraq felt territorially threatened after disallowing Kurdish absorption into their nationalisms. Both states used force to crush them. The Americans landed in Iraq in 2003 and complicated the situation further: Kurds sided with the U.S., consolidated their hold in the north, and compelled opinion-makers in the West to think of “partitioning” Iraq into three territories for the Shia, Sunnis, and Kurds. They recommend a ‘soft partition’ because they fear Muslims will not accept a social contract decreeing a federated state.

The Muslim state was unviable because the Arab Shia couldn’t live with Arab Sunnis and both together couldn’t live with non-Arab Kurds speaking an Indo-European language. Muslims can’t think of pluralism without losing their faith. Christians and Yazidis face extermination as they don’t figure in this trifurcation unless the Kurds accept them.

The Americans landed in Afghanistan in 2001, and, after a decade of fighting a losing war, began thinking of leaving. In history, Afghanistan’s various ethnicities were less difficult to handle by the state as long as it was ruled by a king who tolerated an un-centralized kingdom. But after the U.S. and its ally Pakistan eased the Taliban into power in 1990, the state went Islamist. By 2005, the more perceptive Americans began to foresee “bifurcation” in Afghanistan.

Robert D. Blackwill was the U.S. ambassador to India when he first aired his views about Afghanistan’s “partition.” Today, he is less and less resistible as the U.S. and Pakistan both fight the Taliban. The U.S. fears another Al Qaeda attack inside America and Pakistan hates the Al Qaeda disciples who have deprived the state of its writ over half of its territory.

In 2010, Blackwill proposed, vaguely, “a de facto partition, enforced by U.S. and NATO air power and Special Forces, the Afghan Army and international partners” because he saw American efforts at “normalizing” Afghanistan as coming to naught while the people back home were sick of Washington spending $7 billion per month there.

Blackwill wanted American troops to get out of the south and south-eastern Pashtun-dominated and Pakistan-influenced parts of Afghanistan and move to “the northern and western regions—containing roughly 60 percent of the population. These areas, including Kabul, are not Pashtun-dominated and locals are largely sympathetic to U.S. efforts.”

Afghanistan’s eastern neighbor Pakistan was created after partitioning India because the Hindu and Muslims communities couldn’t live together in the new state. Pakistan thought it could be a state through Islam as the binding factor without being pluralist. Like Iraq, and Lebanon under Hezbollah, it saw the religious glue come loose in 1971 when East Pakistan separated from it as Bangladesh. Rump Pakistan thought that the Islamic state would survive after the troublesome Bengalis were gone and went Islamic with a vengeance.

Soon enough, Islam stopped binding again. Islamization came with the imposition of the “poor due” tax called zakat and the Pakistani Shia refused to pay. Today the state is helpless as the Shia community gets exterminated at the hands of madrassah-backed jihadist outfits midwifed by the state. Refusing the pluralist edict zealously, the Islamic state purged the Ahmadi community from Islam and today passively sees them being slaughtered by cleric-led extremists.

Pakistan is killing its people while the state watches helplessly—just like Iraq. In Balochistan, it is killing the Shia; in Sindh, it is killing people in such blind madness that no one can quite figure it out, and it is forcing conversion on Hindus. The Sikhs of Khyber-Pakhtunkhwa are being killed in Peshawar together with Christians. Private jihadist-rebel armies like the Islamic State are pushing back the writ of the state in all provinces. The only difference is that, whereas the armies of Iraq and Nigeria ran away in the face of the enemy, the Pakistan Army is still fighting.

If Pakistan is a paradigm of India’s trifurcation, then one couldn’t recommend it for Iraq, Lebanon and Afghanistan. It means that the ‘separated’ states will fight one another till they become failed states. At present, Pakistan’s neighbors—India, China, Iran, and Afghanistan—complain of terrorist trespass from its territory.

Pakistan is keen to regain its internal sovereignty through normalization with its neighbors and is succeeding with China by effectively cleaning up the terrorist safe havens it once had. India, however, is the most important neighbor if Pakistan is to avoid becoming “a failed state with a bomb in its attic.” And Prime Minister Narendra Modi is the right man to talk to.

However, Modi’s politics is rightwing-religious and resembles that of President Recep Tayyip Erdogan of Turkey, who has been successful in achieving a high growth rate but who has not been very kind to non-Turks, non-Muslims, and Muslim sects like the Alevis, whom he doesn’t like as a devout Muslim. He is different from Modi only in his typically Muslim hatred of the West as represented by ‘hegemon’ America. If Pakistan can see past Erdogan’s rank imperfections, it needs to afford the same benefit to Modi.

Outstanding article. Only point to add is the growing radicalism in Hindu India, if Twitter is any reflection. The fools do not realise that Muslims are an integral, invaluable and intrinsic part of India. Secularism is the key.

Great Article.. But about Modi, he sees India as One and all Indians are equal.
There are only some sects of people who opposes such idea. Muslims of Gujrat supports Modi completely.

There are people in the world born blind due to ailment of self righteousness & pessimism, and with the complexes of looking through their masters’ eyes. I can only sympathise with the sick writer. May God heal him and bless him with sight and heart.

The pact between Wahaabi Islam and the Saudi royals has caused the Islamic world to go nuts. Petrodollars have supported the propogation of this virulent strain to spread like a virus. Never before were the muslims that orthodox about their faith. There are mitigating factors to this which the author has aptly condensed. The plight of the Palestinians, the removal of Saddam Hussain and the ghettoization of the muslims in western countries have led to a belief among them of being a persecuted lot and finding solace in going back to Muhammads time of what they believe were utopian.

Someone please invent a cheap substitute for petrol.
These petrodollars, have been making a mess of the world.
Without petrol, the west will stop trying to contol the middle east. The Saudi’s will be subdued, and the funding for Terror groups will dry up.
So please, please scientists of this word, Quickly find a substitute for petrol. This will save countless lives, and may bring peace in the world.

I don’t think this will have any impact on them. Remember these Arabs kept on invading India. I really wonder how can Pakistanis, Afaganis and Iranian people tolerate them. They ruined their forefathers. Raped and made slaves. Now they accept an alien religion and best is they live happily that religion which teaches them to kill others under name of kafir. Amazing how religion can brain wash people for centuries. So once petrol dollar stops these guys will start invading again and start killing others. This will go on and on.