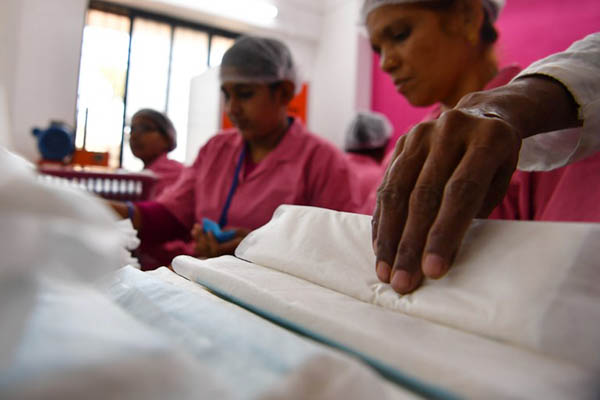 More than a third of girls in South Asia miss school during their periods, a report said on Tuesday, with a lack of toilets and cultural taboos about menstruation among the factors impeding their education.

Many schools in the region of more than 1.7 billion did not provide enough toilets for girls. This, coupled with a lack of access to proper sanitary pads, meant students were choosing to stay at home during their periods.

“Girls have an irrevocable right to education, which is lost if they feel unable to attend lessons because of a lack of sanitary products or clean, private toilets at school,” said Tim Wainwright, WaterAid chief executive, in a statement. “Governments simply need to ensure that every school has clean water, decent toilets and good hygiene.”

In one district of eastern Nepal there was just one toilet for every 170 girls, the report found. That was far below the World Health Organization standard recommending a toilet for every 25 girls. Other South Asian countries also failed to meet the global standard.

The report—published ahead of Menstrual Hygiene Day on May 28—said two-thirds of girls in Sri Lanka were unaware of menstruation before hitting puberty. “Girls often turn to their mothers and teachers for support, but if they lack the confidence and information themselves, they may instead perpetuate taboos,” said WaterAid regional program manager for South Asia, Therese Mahon.

Menstruation is considered impure in many parts of South Asia and restrictions are imposed on women’s movement, behavior and eating habits during their periods.

In Afghanistan a majority of girls do not bathe during menstruation for fear of infertility. In western Nepal, women are forced to sleep in a hut away from home during their periods in a custom known as “chhaupadi” that has been criminalized but is still practiced in some parts.

Mahon said there were some positive signs, with more schools incorporating information about menstruation into their curriculum. “A more positive environment combined with better facilities that are clean and maintained can go a long way to remove the barriers that restrict opportunities for girls,” she said.