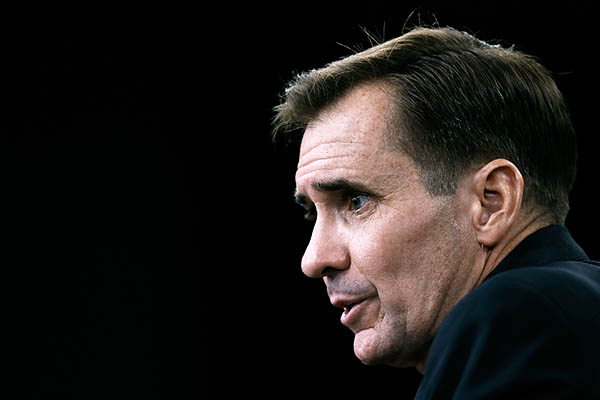 State Department spokesman says the system will not be online before next week.

Thousands of travelers may face frustrating delays in visiting the United States in coming weeks because of a technical failure that halted U.S. visa processing around the world.

A team of about 100 computer experts is working to resolve a hardware failure that emerged at a State Department facility in the U.S. on June 9, but State Department officials have acknowledged that full service will not be resumed this week.

About 50,000 applications for U.S. visas are received daily at American embassies and consulates around the world. And while the summer vacation time is busy, the system cranks up into overload toward August when tens of thousands of students begin to flood to U.S. shores.

“We don’t expect that the system will be online before next week. I can’t give you any more specific detail with respect to timing on that,” State Department spokesman John Kirby said on Wednesday. “This is a global issue and we’re working around the clock to fix it.”

While the U.S. regretted the inconvenience “this is very much a security issue and that’s why we’re taking it so seriously.”

Some solutions are being worked on and on Wednesday about 250 Mexican workers “urgently needed to help with the harvests” and who had already been given visas in the past were issued with the right permits to enter the country, a senior State Department official told AFP. “We anticipate that several hundred more will receive visas this week,” he added.