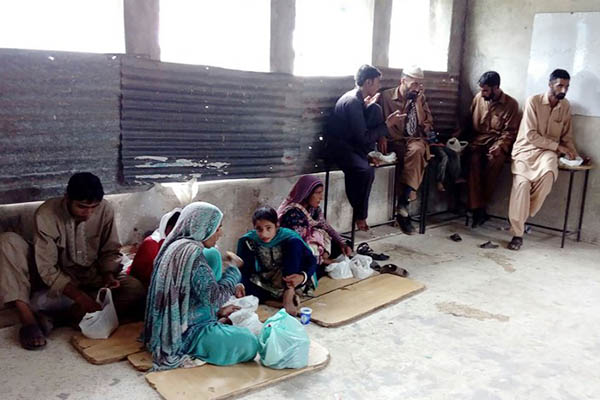 Thousands of people have fled their homes in Pakistan-administered Kashmir, officials said on Monday, as continued shelling between Pakistan and India escalated tensions along the de-facto border in the disputed Himalayan region.

Pakistani authorities confirmed the exodus saying around 3,000 people have left their villages along the Line of Control in Abbaspur sector after heavy shelling by Indian troops over the past two weeks.

Sajid Hussain, a senior administration official in the area, said most of the people fled from four of the worst affected villages near the LoC in Pakistan-administered Kashmir.

“We are in process of registering the migrating people,” said Hussain, adding that many families have moved in with relatives while another 50 families took shelter in government buildings.

Elderly resident Muhammad Saiddique told AFP that about 80 percent of the people from his village near the LoC had fled. At least six people have been killed and more than 20 wounded in Abbaspur sector in the latest wave of unrest along the LoC in the past two weeks, said Hussain.

Kashmir, divided between India and Pakistan since 1947, is one of the most heavily militarized spots on Earth with a long history of conflict. Both countries claim the territory in full, and have fought two major wars over it.

The mountainous region is home to dozens of armed groups fighting for independence or a merger of the territory with Pakistan.

The villagers’ flight comes as government forces clashed with stone-throwing protesters in India-administered Kashmir on Saturday, as the volatile Himalayan territory marked the anniversary of a hugely popular rebel leader’s death.

Disputed Kashmir has seen an explosion of protests against Indian rule since government forces shot and killed Burhan Wani a year ago. The death of the charismatic 23-year-old, who had built up a big following on social media, sparked an outpouring of grief and anger that spilled into the streets and led to months of clashes with security forces.