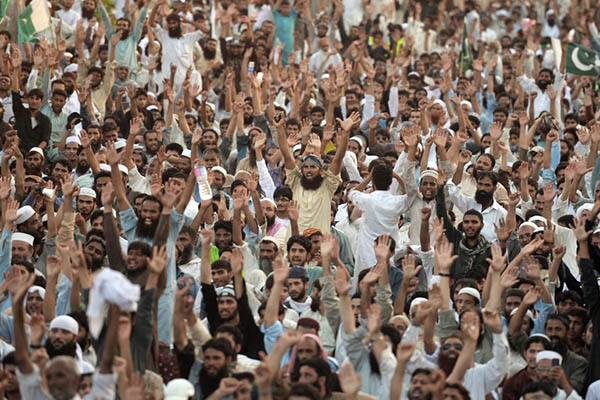 Speakers at rallies across Pakistan urge United Nations to intervene and resolve issue of disputed territory.

Thousands of people marched in streets across Pakistan on Wednesday to protest violence in India-administered Kashmir, AFP journalists said, as the death toll from days of clashes between demonstrators and security forces rose to 45.

Violence erupted after Burhan Wani, commander of the region’s biggest separatist group Hizbul Mujahideen—one of several fighting Indian troops in the territory for decades—was killed during a gunbattle with government forces. The clashes are the deadliest in Muslim-majority Kashmir since 2010 when massive demonstrations were held against Indian rule.

Hundreds of others participated in rallies in Muzaffarabad, Karachi, Lahore, Peshawar, Multan and other cities, chanting slogans against the Indian administration of Kashmir and the actions of its security forces in the valley.

Speakers urged the United Nations to intervene and resolve the Kashmir issue.

Parts of India-administered Kashmir have been under curfew for 11 days and residents have complained of medicine shortages.