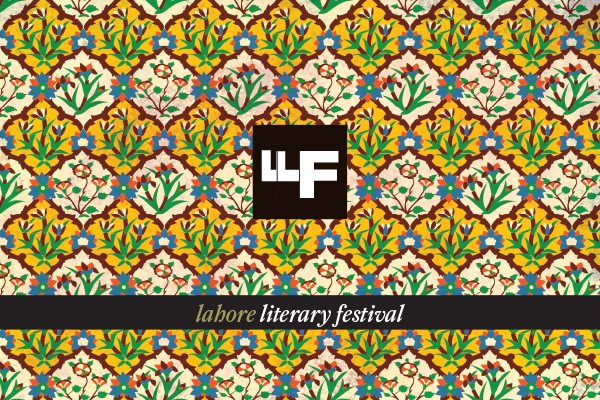 “This year’s three-day, free and open-to-public event will also feature some of the most insightful voices from home and abroad in rewarding, thought-provoking discussions on the literary arts,” said Razi Ahmed, founder and CEO of LLF.

“LLF 2016 will feature panel talks, book launches, recitals and performances, screenings, art exhibitions,” said Nusrat Jamil, chairperson of the LLF Organizing Committee and Board member. “Audiences will have even more to choose from this year. We will have five parallel sessions happening at any given time, spanning fiction, film, music, architecture and urbanism, poetry, history, travel and more.”

The free, evening performances will include A. R. Gurney’s Love Letters with Rehana Saigol and Imran Aslam, and the selected works of Ghalib by Zia Mohyeddin. LLF will also showcase the works of British-Pakistani artist Anwar Jalal Shemza, to coincide with the launch of a new monograph on the late artist.

“We have a terrific lineup of speakers from Afghanistan and Central Asia in a wide array of talks,” said Ahmed Rashid on behalf of the LLF Advisory Committee. “We are very pleased to announce that the widely regarded archaeologist and travel writer Nancy Dupree will be at LLF to discuss the remarkable restoration of the Kabul Museum and her other notable endeavors in Afghanistan.”

“Lahore has historically been the firmament of big ideas,” said LLF CEO Ahmed. “LLF is all about celebrating the intellectual and creative vitality of this city, its cosmopolitan and syncretic past, its storied cultural contributions, and its place in the global literary world today.”

“We are very excited about the fourth edition of the festival, and are confident that it will make for an even more rewarding audience experience,” said Jamil.

“The LLF’s interdisciplinary program will bring together fresh angles and insights covering the arts and humanities, politics and current affairs, social sciences, and more,” said Rashid.

The full program of LLF 2016 will be announced days ahead of the event.

really looking forward to it if PIA (KHI-LHR) permits. Attended last year. It was wonderfully well orchestrated. Look forward to more of the same excellence this year!