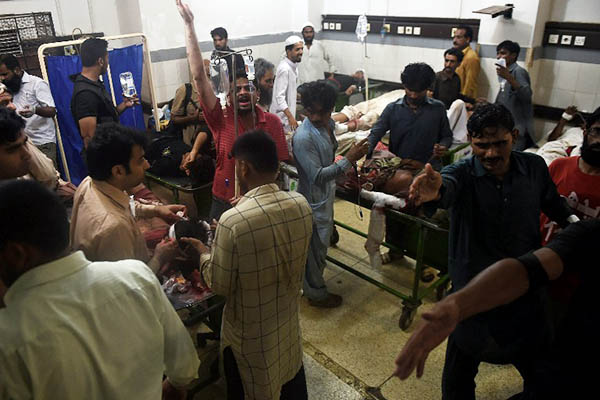 “An explosive laden motorbike parked at a roadside was blown up with a remote control device when [the] convoy of President Mamnoon Hussain’s son, Salman Mamnoon, was passing by late Sunday night in Hub Industrial Zone near the border with Karachi,” said local police official Ghulam Mustafa Shah.

He said the president’s son was unharmed, as his vehicle had already passed the spot where the device exploded, hitting a rickshaw and the last vehicle of the convoy. “The rickshaw driver, a 12-year-old child in the rickshaw and a passerby died at the spot while four police personnel of the security squad received minor injuries,” he said.

Zahid Ullah, a senior police official confirmed the incident and said the president’s son owns a dairy farm in the area and is a frequent visitor. “The president’s son was the apparent target of the attack,” he said.