Three Killed in Attack on Shia Mosque in Islamabad 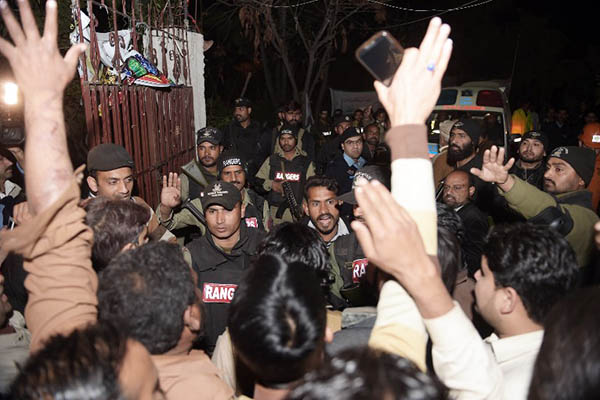 Jandullah militant group claims responsibility for the attack on the imambargah.

At least three people were killed and two others injured in an attack on a Shia mosque in Islamabad on Wednesday, officials said, in a rare attack in the usually calm capital.

A lone suicide bomber blew himself up after he was confronted by a mosque security guard as he tried to enter the complex during evening prayers, officials said. “One of the injured expired in the operation theater and the death toll is three now,” Dr Ayesha Ishani, spokesperson of the government-run Pakistan Institute of medical Sciences (PIMS) where the injured are being treated, told reporters. “One of the injured is in critical condition in the operation theater while the other is stable,” she said.

A spokesman of the Islamabad police confirmed that the security guard and one other person also died during the blast. “The suicide bomber had opened fire before trying to enter the mosque which caused the causalities,” said the spokesman of Islamabad police. He said the people inside the mosque locked the door as the suicide bomber scuffled with the security guard.

The attack is the latest in a wave of deadly sectarian attacks. At least 23 people were killed in an attack on a Shia mosque in Peshawar last week, claimed by the Taliban. In January, 61 people were killed in a suicide bombing carried out by a Taliban splinter group, Jandullah, at a Shia mosque, the deadliest sectarian incident to hit the country in nearly two years. Jandullah also claimed the attack in Islamabad in a statement issued to media. “The attack in Rawalpindi is retaliation for Zarb-a-Azb, the military operation against mujahideen [in North Waziristan],” said Fahad Marwat, the spokesman for the militant group. “It is revenge for the Army driving us out of our stronghold,” he added.

Pakistan has suffered a rising tide of sectarian violence in recent years, most of it perpetrated by hardline Sunni Muslim groups against minority Shia Muslims, who make up around one in five of the population.

Muhammad Amin Shaheedi, a Shia leader, warned of mass rallies if security was not ensured. “If the government fails to ensure security to us, we will hold rallies in Islamabad against them,” he said. “I personally request the Army chief to expand the military operation and provide security to us [Shia community]. Terrorists are targeting innocent people, and if they are not stopped, they will not let us live in this country.”