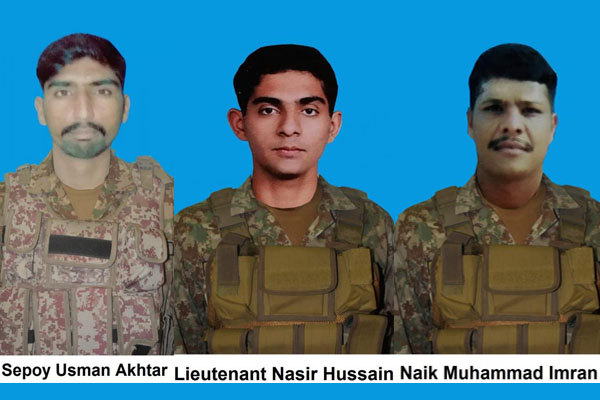 A Pakistan Army officer and two soldiers were martyred on Thursday after a suspected terrorist attack targeted their convoy in North Waziristan.

In a statement issued by the Inter-Services Public Relations (ISPR), the military’s media wing said suspected terrorists had planted an improvised explosive device on a roadside. It said the IED detonated near a convoy of troops providing protection to roadwork teams working on the Ghariom section of the Shaga-Nishpa Road.

The ISPR said that security forces had cordoned off the area and launched a search operation for militants after the explosion.

Information Minister Shibli Faraz condemned the attack in a posting on Twitter and said the nation was united with the armed forces in the war against terror. Paying tribute to the martyrs, Faraz also prayed for them to be accorded the highest place in heaven.