‘Three Parties Have Declared Themselves Non-Muslims’ 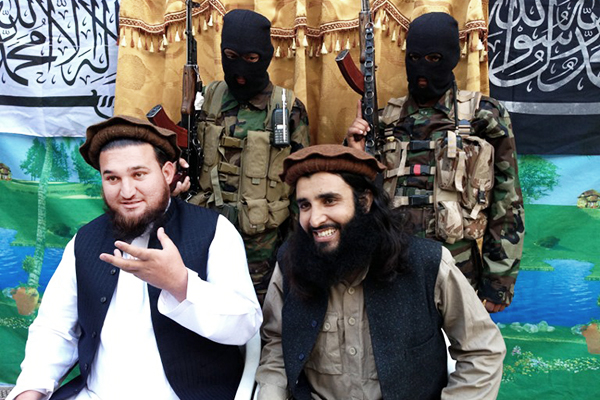 What is your opinion about the upcoming elections?

Tehreek-e-Taliban is an Islamic militia organization to enforce the Islamic system in the country. We do not believe in democracy because democracy is secular. We stand against this system and ideology. Whoever supports democracy violates Islam. We want Islamic law in this country because this country got independence [from British rule] on the basis of Islamic ideology. We will never support democracy.

Why does your group attack politicians and their supporters?

Three parties [Pakistan Peoples Party, Muttahida Qaumi Movement, and the Awami National Party] are openly calling themselves secular and liberal. They do not realize that secularism represents a set of beliefs abhorrent to Islam. These parties have essentially declared themselves non-Muslims, and so we have every right to attack them. They have the blood of the innocent Muslims of Swat, Khyber-Pakhtunkhwa, Karachi, Balochistan, and the tribal areas on their hands. They consider the U.S. war [on terror] their own war. So we will target them. They will reap what they have sown.

How opposed is your group to women running for public office?

Islam gives a specifically valuable position to women. We are not against women. We are against democracy, and we will attack anyone, male or female, who supports it. Women must veil themselves and act in accordance with Islamic code. They should be content with what Islam has already given them. Whoever is part of the U.S. war—whether it’s a woman or man, journalist or propagandist, security officer or ideological sympathizer—we have every right to attack them.

The Taliban appear to be soft on Nawaz Sharif and Imran Khan. Is this accurate?

We will not support anyone who believes in democracy. We have declared our war against three political parties because these parties are vicious and imposed brutalities on innocent people. We cannot make any assessments about the parties which were not in power when the government was targeting the Taliban. People shout popular slogans before coming into power. Once they get power, they change their tune and forget to implement their promises. We will carefully watch what [Sharif or Khan] does when in power. We will see what policies they have toward the mujahideen of Islam and toward the U.S. We will be in a position to comment only after their real policies are made clear.

As you said you don’t believe in democracy and elections are going to be held on May 11. Are you going to disrupt the elections on May 11?

We are against the system. This is not specific to just one day. Whether it’s today, tomorrow, or the day after tomorrow, our way of protest is very clear, it is through militancy, and we will continue to record our protest.

They themselves are Non-Muslims, they are paid to kill people

Taliban are retarded … and no friends of Pakistan or Muslims [period].

Whoever reads this – please don’t let them scare you. The vote is now more important than ever. We can’t let an illegitimate force debunk the only legitimate means of government.

What Taliban wants whether right or wrong can’t be implemented at once , they want to change a centuries old system. They can’t change or force people , they will have to be patient n effective in their ways to prove that their form of Islamic government is right’just like our prophet did with non violence n patience .