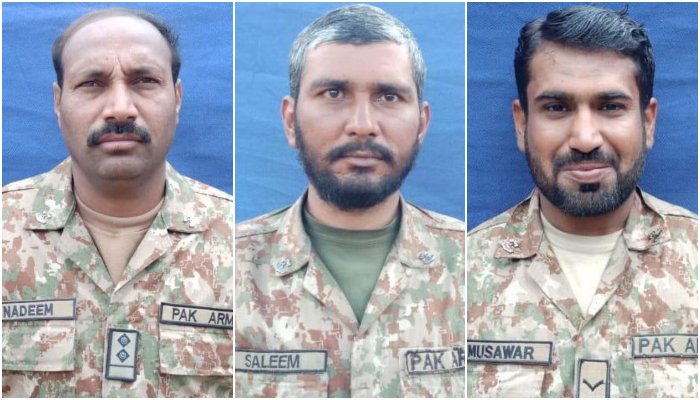 Three soldiers were martyred on Saturday while conducting a search operation in South Waziristan, according to a statement issued by the military’s media wing.

The Inter-Services Public Relations (ISPR) said that the three soldiers had been martyred after terrorists opened fire on the security forces’ blocking position during the operation. It identified the martyred soldiers as Subedar Nadeem, Sepoy Saleem and Lance Naik Musawar.

Four other soldiers were injured in the attack, the statement added.

Earlier, in June, two soldiers were martyred and one terrorist was killed during an exchange of fire between a patrolling party and a group of militants. A statement from the ISPR at the time claimed the terrorists attacked a site 5 kilometers southeast of Ghariom near the boundary between North Waziristan and South Waziristan.

“Captain Sabih and Sepoy Naveed embraced shahadat; while two other soldiers sustained injuries during the incident,” the ISPR statement added.