Home Sports Tiger Woods’s Girlfriend Is Not Moving to Pakistan

Tiger Woods’s Girlfriend Is Not Moving to Pakistan 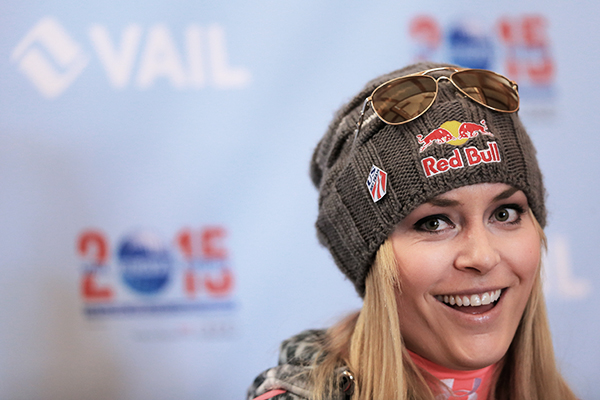 Vonn credits golf legend for making her a ‘better athlete.’

Ever since she began her relationship with golf legend Tiger Woods, American skier Lindsey Vonn has become a tabloid staple. But she’s not complaining.

“It’s fun, honestly, because it’s so absurd, much more so than I had imagined,” says the 29-year-old. “One magazine wrote that I was moving to Pakistan because I didn’t want to have kids with Tiger. How do they come up with this stuff? Tiger and I had a lot of fun with that at breakfast: ‘Bye, honey, sorry, I’m leaving you. Pakistan awaits.’ And he’s like: ‘Good luck, say hi to the Pakistani ski team for me.’”

Vonn credits Woods for making her a “better athlete” by inspiring her. “He pushes himself a lot further than he perhaps needs to, and to see that pushes me in turn,” says Vonn. “This experience with Tiger will really help me at big events. At the Olympics or World Cup, it’s not just about the one-and-a-half minutes of racing: you’re there for two weeks and permanently in racing mode, everything’s significant, everyone’s looking at you.”

A savage fall at last February’s World Championships in Schladming saw Vonn suffer knee injuries which required reconstructive surgery and months of rehabilitation. But she’s bounced back. “My goal is the Olympic Games, they’re in February and that’s more than enough time,” she told Red Bulletin. “To win gold after this injury, personally that would be my greatest success.” Vonn admitted that she was confident of surpassing Austrian Annemarie Moser-Proell’s record of 62 women’s World Cup victories—the American has 59—and even Swedish legend Ingemar Stenmark’s male mark of 86. She says: “Records are the only thing which remain of an athlete; the only thing that people will remember.”