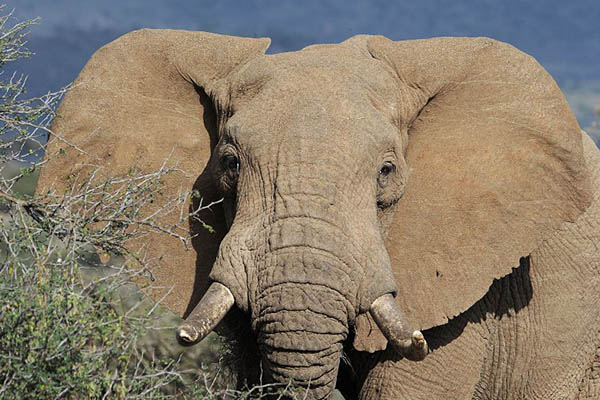 Participants at the Africa Elephant Summit hope the meeting will help protect the species and reduce poaching.

African elephants could be extinct in the wild within a few decades, experts warned on Monday at a major conservation summit in Botswana that highlighted an alarming decline in numbers due to poaching for ivory.

The Africa Elephant Summit, held at a tourist resort in Kasane, gathered delegates from about 20 countries across Europe, Africa and Asia, including China, which is accused of fuelling the illegal poaching trade.

“This species could be extinct in our lifetime, within one or two decades, if the current trend continues,” Dune Ives, senior researcher at Vulcan, a philanthropic organization run by U.S. billionaire Paul Allen, said. “In five years we may have lost the opportunity to save this magnificent and iconic animal.”

“The overall objective of this meeting is to secure commitments at the highest political level to effectively protect the elephants and significantly reduce the trends of killings of elephants,” said Elias Magosi, from the Botswanan environment ministry. “The current killing rate is unsustainable and the population of African elephants is in danger.”

TRAFFIC, the wildlife trade monitoring group, said ivory trading routes demonstrated the flow from Kenya and Tanzania to transit countries including Vietnam and Philippines, before going on final markets in China and Thailand. There, the ivory is sculpted into jewelry or art pieces that are prized by the wealthy. “Thailand is still a country of great concern,” Tom Milliken of TRAFFIC said. “[But] China is the most important country that we are dealing with in the world with respect to illegal ivory trade.”

Tshekedi Khama, Botswanan minister of tourism and wildlife, also railed against China, saying: “Whether we like it or not, the determining fact and the end result is totally in the hands of China.”

Participants told AFP that during a closed discussion at the conference, a Chinese delegate complained that the country was being unfairly targeted and should be considered an ally in fight to save the elephant. The delegate said China funds anti-poaching efforts in Africa and is strengthening legislation.

The conference follows up a 2013 meeting when 30 countries adopted a set of urgent conservation measures, including a call to unite against poaching and for improved criminal prosecution.

“We need a lot of collaboration,” said Kelly Landen from Elephants Without Borders. “Elephant are crossing frontiers and moving from safe areas to poaching areas. This needs to be addressed. But we are moving in the right way.”

On Wednesday, the Conference on Illegal Wildlife Trade (IWT) will also meet in Kasane to focus on the trafficking of all threatened species—an illegal trade worth $19 billion a year, according to the International Fund for Animal Welfare.

Ivory is reportedly bought at $100 per kilogram from poachers, and sold for $2,100 in China.

Julian Blanc, an elephant specialist for the Convention of International Trade in Endangered Species (CITES), said the link between poverty in Africa and poaching highlighted one way to tackle the illegal killing of elephants. “We have monitored a direct correlation between human infant mortality [a measure of poverty] at district level and levels of poaching,” he said. “In places where there is high level of infant mortality and poverty, we monitored the highest level of elephant poaching… so addressing poverty is a significant component of elephant conservation.”