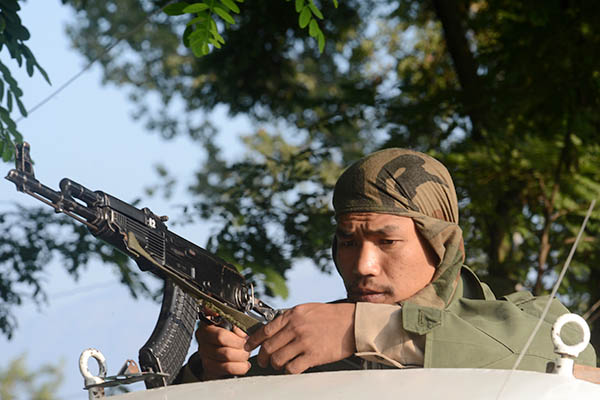 Pakistani authorities on Friday accused the Indian army of cross-border shelling that killed a toddler and wounded five other civilians in the disputed Himalayan region of Kashmir.

“A two-year-old boy who was wounded in shelling by Indian troops has died at hospital, while five other wounded persons in Kotli district are still under treatment,” said local administration official Masood-ur-Rehman.

He said that three women and two men were also injured in the cross-border shelling in village of Rud Karthar on the Line of Control in Kotli district.

A Pakistani military official also confirmed the death and injuries to the civilians, saying they were the result of mortar shelling by the Indian forces.

“The Indian forces fired mortar shells on the civilian population, which resulted in the death of a young boy and wounds to five other people,” said the senior official at Pakistan Army’s headquarters in Rawalpindi. He spoke on the condition of anonymity because he was not authorized to speak to media.

Indian and Pakistani forces have exchanged fire many times and killed several people across the heavily militarized de facto border in Kashmir since five Indian soldiers were ambushed and killed on Aug. 5.

Delhi blamed the Aug. 5 killings on the Pakistan Army, but Islamabad denied any responsibility and has called for restraint and dialogue.

The prime ministers of India and Pakistan met in New York on Sunday on the sidelines of the U.N. General Assembly session and pledged to restore calm on their disputed border in Kashmir.

A deadly flare-up along the LoC in January brought a halt to peace talks that had only just resumed following a three-year hiatus sparked by the 2008 attacks in Mumbai that killed 166 people. India blamed Pakistani militants for the attack.