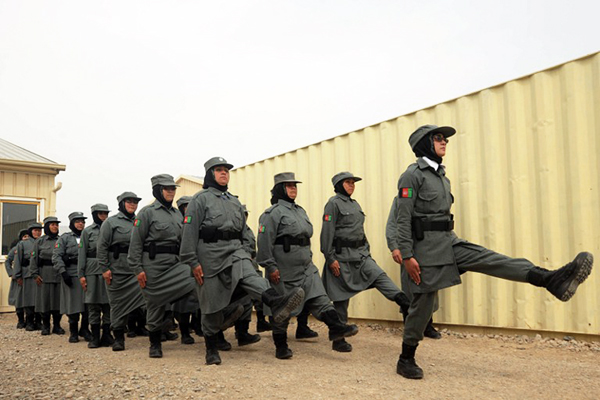 Rights group says this is ‘not just about toilets.’

Saying that Afghanistan’s policewomen face harassment and assault at work, an international rights group called on Thursday for Afghan authorities to provide separate toilets and changing rooms at police stations for women officers.

Addressing the concerns of policewomen is necessary to address the “rampant violence” against women in wider Afghan society, said Human Rights Watch. It said policewomen have no access to “suitable and safe” restrooms, and orders by top officials to provide them had been ignored.

“The government of Afghanistan should take immediate action to ensure that the country’s female police officers have access to separate, safe, and lockable restroom facilities in police stations,” it said in a statement.

The group said the country’s 1,500 female police face sexual harassment and assault by their male colleagues. It cited “numerous” media reports of the rape of female officers by male colleagues and said the lack of separate, secure toilets makes women particularly vulnerable.

“This is not just about toilets,” said Human Rights Watch’s Brad Adams. “It’s about the government’s recognition that women have a crucial role to play in law enforcement in Afghanistan.”

Women make up just one percent of the war-torn country’s 160,000-strong Western-funded police force. The number is set to increase about fivefold under government plans.

Women in male-dominated Afghanistan still suffer from domestic violence and other abuse 12 years after the fall of the Taliban, which banned them from attending school or any form of public activity during their rule from 1996 to 2001.

The Taliban were toppled by a U.S.-led invasion but are waging an insurgency aimed at regaining power. President Hamid Karzai’s Western-backed government has passed a law, on “elimination of violence against women,” to ensure greater protection. But “the law has not been adequately enforced, in part because of the lack of female police officers to assist female crime victims, including other police officers,” said Human Rights Watch.