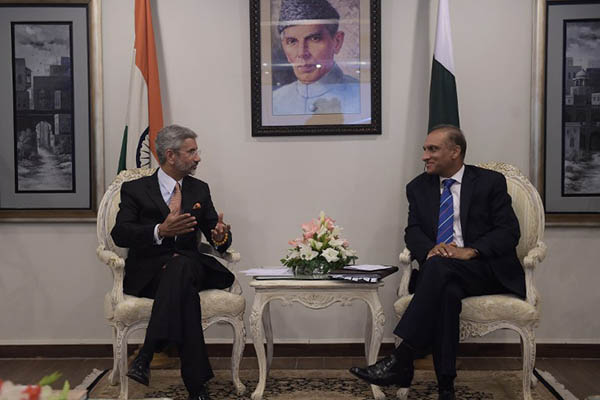 Specific bilateral ties are on the agenda, according to state media.

Foreign Secretary Jaishankar will hold talks with his counterpart Aizaz Ahmed Chaudhry, an official in the Pakistani foreign office said. He will also meet the de-facto foreign minister Sartaj Aziz, according to state media.

Chaudhry and Jaishankar shook hands and posed briefly for photographs as they met at the foreign office in Islamabad before going in for a closed-door meeting, an AFP photographer said. The trip is part of a regional tour that also includes Bhutan, Bangladesh and Afghanistan, but state media said specific bilateral issues would also be on the agenda.

Pakistan and India, who have fought two of their three wars over the disputed Himalayan territory of Kashmir, have traded blame for an upsurge in firing and shelling which started in October. Indian Prime Minister Narendra Modi abruptly cancelled talks between the foreign secretaries of the neighbors in August last year after Islamabad consulted Kashmiri separatist leaders before the dialogue began.

The dates for Jaishankar’s trip were announced in late February, when Modi phoned his Pakistani counterpart Nawaz Sharif to wish his cricket team luck in the World Cup.