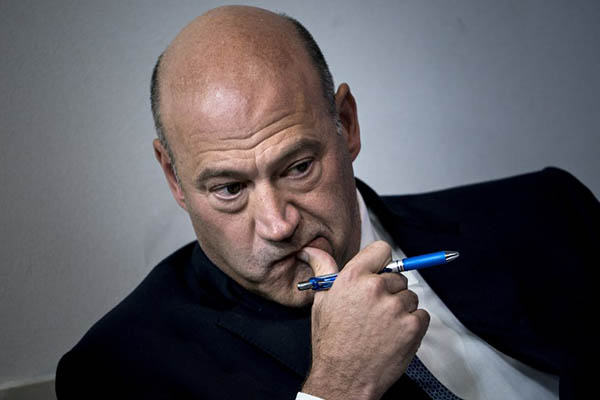 Donald Trump’s White House was rocked by another high-profile resignation on Tuesday, as top economic adviser Gary Cohn quit in protest at the president’s decision to levy global steel tariffs.

“It has been an honor to serve my country and enact pro-growth economic policies to benefit the American people,” Cohn said in a terse statement that belied fierce infighting in Trump’s tumultuous White House.

Cohn is just the latest in a long string of senior Trump advisers to resign or be fired, a virtually unprecedented turnover of administration staff.

The 57-year-old had strongly opposed Trump’s decision to levy tariffs on steel and aluminum, which has sparked fears of a trade war. “For several weeks Gary had been discussing with the president that it was nearing time for him to transition out. His departure date is to be determined but will be a few weeks from now,” a White House official said.

A former Goldman Sachs executive, his departure prompted concerned murmurs on Wall Street and could portend a rocky trading session on Wednesday. The aide, who is Jewish, had threatened to resign after Trump refused to condemn neo-Nazi groups who protested in Charlottesville, Virginia.

Then, like now, allies had tried to keep Cohn on board with the prospect of a future cabinet-level position or passing tax reform—which he helped usher through Congress.

A long-time Democrat, he was seen as a moderating influence that curbed Trump’s nationalist economic instincts and those of advisers like Peter Navarro.

In a statement, Trump praised Cohn’s as a “rare talent.”

“Gary has been my chief economic adviser and did a superb job in driving our agenda, helping to deliver historic tax cuts and reforms and unleashing the American economy once again,” Trump said. “He is a rare talent, and I thank him for his dedicated service to the American people.”

Cohn’s departure presents a political problem for Trump, as he wrestles Congressional Republicans who share the aide’s concern about tariffs and a looming trade war. It also blows a hole in Trump’s claim, made just hours earlier, that his White House is running smoothly, despite a wave of resignations and FBI investigators circling his top aides.

In an early morning tweet, Trump said there was no “CHAOS in the White House” describing it as a “Fake News narrative” as he tried to reassure supporters that his administration has not careened off the rails. “Wrong! People will always come & go,” he said after his closest aide Hope Hicks and staff secretary Rob Porter stepped down amid interwoven scandals.

Trump’s first year in office has been a frenzy of departures and infighting, which insiders put down to clashing interests, inexperience and the president’s unique management style. “I want strong dialogue before making a final decision,” Trump said, defending his method of promoting staff argument.

But the former real estate developer also hinted that things were not perfect. “I still have some people that I want to change (always seeking perfection). There is no Chaos, only great Energy!” he said.